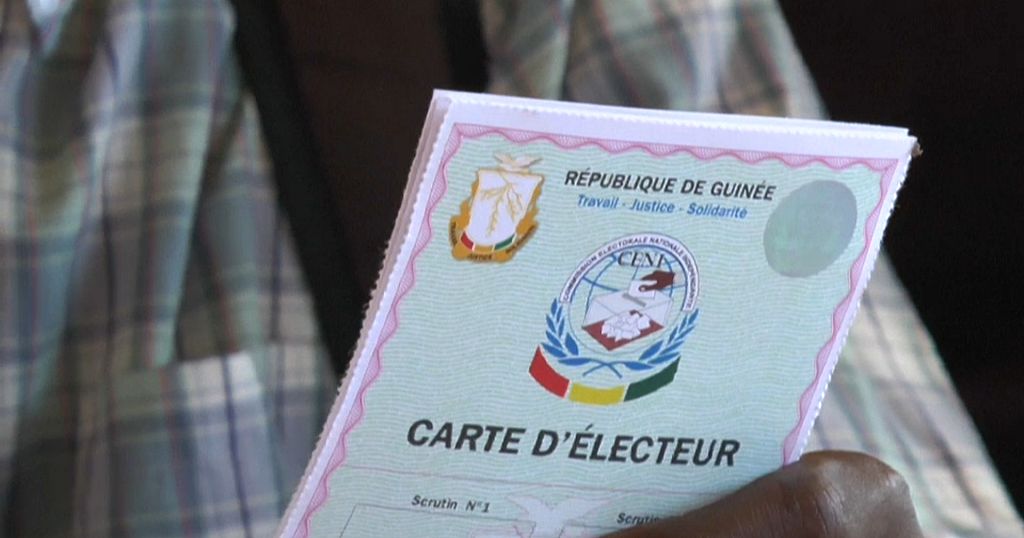 After the distribution of voting cards which began last Saturday, Ecowas certified Guinea electoral register as ‘of sufficient quality’ for October elections.

In total over five million voting cards should be handed out by the electoral commission CENI.

The Guinean political scene was shaken up in late August when the current president Alpha Condé said he would officially run for a third term. will be one of the most-watched elections in Western Africa. ECOWAS experts were mandated to check elections can take place next month

“The electoral register of Guinea, which is free of all the anomalies encountered with regard to the electoral code, is of sufficient quality for the next elections.”

12 candidates will be running for president, amongst which current head of state Alpha Condé. Many hope the election will go down smoothly and without any violent outbursts.

In a speech broadcast Tuesday evening, Conde warned that “this election is not just an election, it’s as if we were at war”.