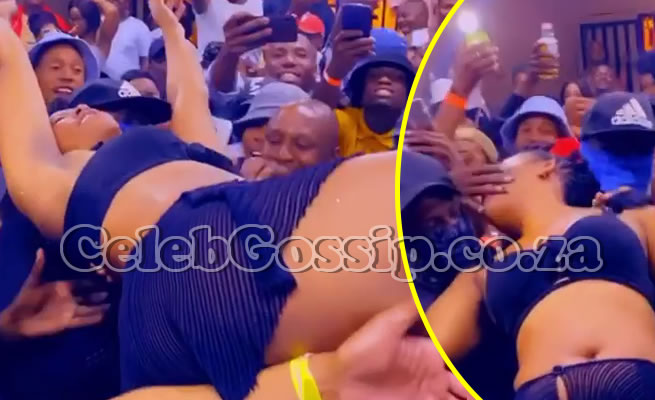 ZODWA Wabantu is back in the news – but for all the wrong reasons.

The dancer and entertainer made a brief appearance in the Randburg Magistrates court on Thursday, 12 August after she was bust on Monday for allegedly disobeying Covid-19 regulations.

Zodwa and three others are facing charges of contravention of disaster management regulations, and crimen injuria was recently added to the charges.

The state prosecutor, Yusuf Baba, asked that the matter be postponed for the state to go through the docket which they had not received.

The matter was postponed to 2 September.

Zodwa and her crew were arrested in the early hours of Monday morning outside the curfew time coming from a gig. The group was bust for allegedly failing to produce a permit.

Speaking outside court yesterday, Zodwa said she was willing to pay a bribe to protect her brand.

“The cops stopped us and took the car key from us and that is where the trouble began. They can’t just open someone’s car and take the key,” she said.

“They asked where we were coming from and demanded a permit.”

She said she had a permit on her phone, but because they had been travelling from far, the battery had died.

“We wanted to charge the phone but the police were frustrated. I don’t know by what. Then they went for the driver and everything escalated.

“As the one cop was exchanging words with the driver, the other said, ‘Zodwa you are a public figure don’t let this thing get out of hand’,” she said.

She said she asked him how much the “cold drink” was.

She said they couldn’t go ahead with the bribe arrangement, because of the more aggressive police officers were and they ended up at the cop shop.