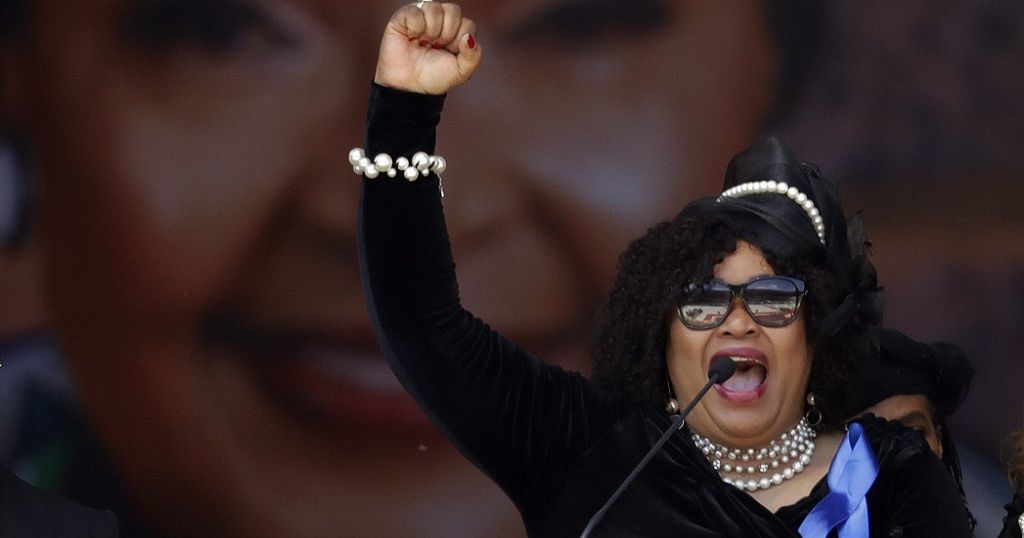 South Africa’s ambassador to Denmark has died in Johannesburg at the age of 59, a family source has confirmed to the public broadcaster SABC.

She was the youngest daughter of the couple and is reputed to have spent many years involved in South Africa’s freedom struggle.

She was deeply involved in the arts, philanthropy and business. She is a co-founder of the Mandela Legacy Foundation and is also Managing Trustee of the Nelson Mandela Children’s Fund.

South Africa’s social media space has been buzzing with tonnes of tribute to Zindzi who was a staunch activist against maladminstration.

Zindzi dies on the same day in 1969 when Mandela’s eldest son Madiba Thembikile (Thembi) also died in a car accident, the Nelson Mandela Foundation posted in its daily updates on the life of the globally celebrated statesman.

I offer my deep condolences to the Mandela family as we mourn the passing of a fearless political activist who was a leader in her own right. Our sadness is compounded by this loss being visited upon us just days before the world marks the birthday of the great Nelson Mandela.

Zindzi Mandela was a household name nationally and internationally, who during our years of struggle brought home the inhumanity of the apartheid system and the unshakeable resolve of our fight for freedom.

After our liberation she became an icon of the task we began of transforming our society and stepping into spaces and opportunities that had been denied to generations of South Africans.

The giant tree has fallen, the daughter of the soil ZindziMandela is no more and may your soul Rest In Peace Zindziswa Mandela #RIPZindziMandela ✊? pic.twitter.com/tq7iYth8YZ

You played your part and paid the price #ZindziMandela ✊? pic.twitter.com/ZoLlK7Rx9A