Skip to content
A. Doris Ehujuo 9 months ago 3 min read 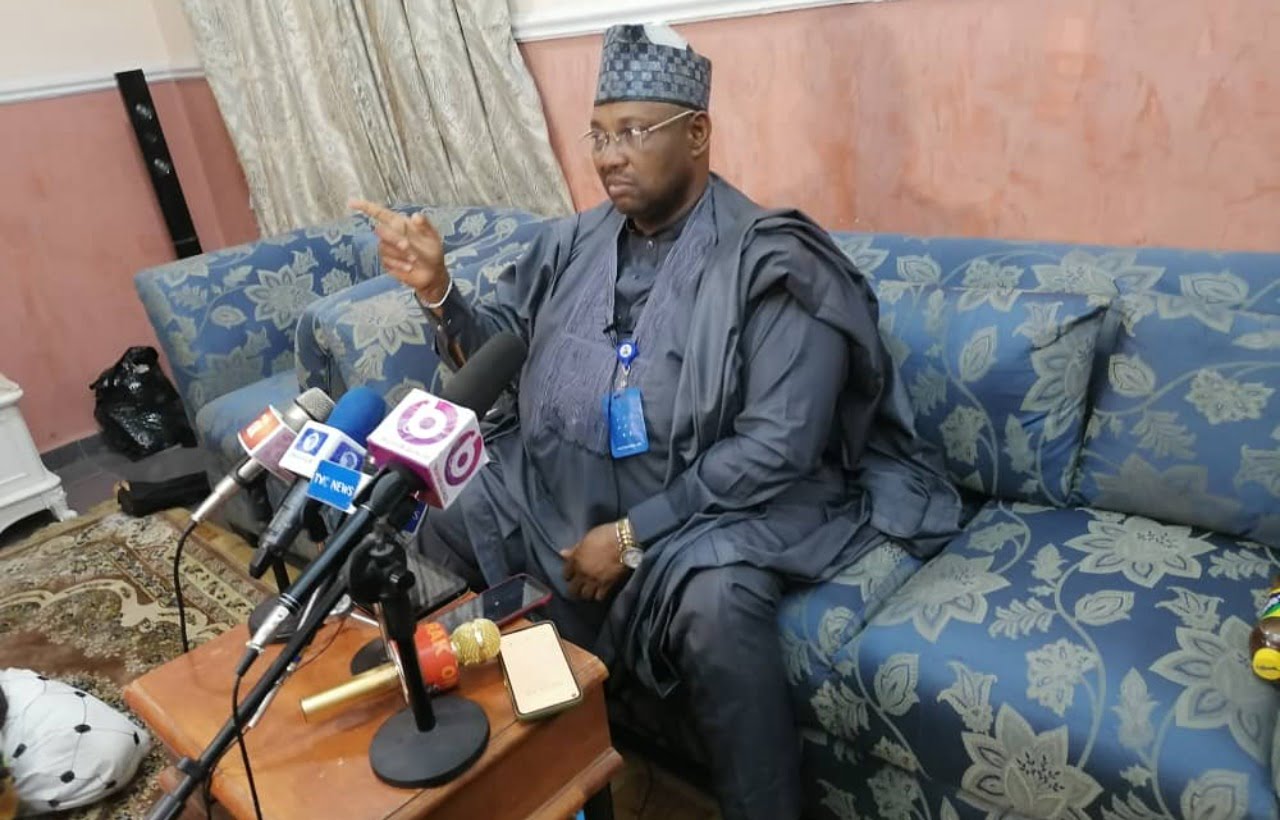 Dr. Sani Abdulahi Shinkafi of the All Progressives Congress (APC) has lamented that the ward congresses conducted by the party at the weekend in Zamfara State remain valid and no court can set it aside.

The former All Progressives Grand Alliance (APGA) scribe stated that the congresses were conducted according to the constitutional provisions, saying that the former state Governor Abdulaziz Yari and Senator Kabiru Marafa were only messing themselves up trying to enact what they did in 2019 to sabotage the efforts of the APC to win the 2023 general elections.

This was contained in a press statement signed by Shinkafi, saying that he condemned Marafa’s parallel Congress in the state.

Shinkafi urged the national secretariat of the party to apply sanctions by expelling them from the party.

When he reacted to the said congresses by Marafa and his supporters, Shinkafi stated that their protests have become a non-issue as they were not registered members of the party.

“Senator Kabiru Marafa and Abdul’aziz Yari, don’t have any genuine reason to go to court because they are not registered as members of APC during the last concluded APC revalidation/ registration exercise, because, after the defection of the Governor Bello Mattawalle to APC, they refused to validate their membership of the party.

“When you have not been registered as a registered member of APC, so, what constitutional power do you have to challenge the exercise in court? Since they do not have membership cards as duly registered members of APC, they lack the locus to challenge any decision taken by the party. Party registration is used for the conduct of congresses and primary election.

“All the registered members of the party must be duly certified by the National headquarter of APC Abuja, their names are not in the registers. Therefore, with this development as far as I am concerned there is no faction in Zamfara APC and the congresses conducted last Saturday were valid and no court can declare it invalid” he lamented.

“What I want to say here is that sometimes politicians talk anyhow and when I look at them I laugh, it is very unfortunate for somebody who has been a governor for eight years and a Senator to look down at the party leadership, trying to constitute themselves as bigger than the party, be as an Island. What I am saying is that the faction of Senator Kabiru Marafa and Abdulaziz Yari, are the same.

“To say it clearly, I have never believed Kabiru Marafa has a faction in APC because since February this year everybody knows he has reconciled with the Abdulaziz Yari faction thereby his faction seized to exist and all his structures have been collapsed.

“This is because if somebody can come to the public or go to print and electronic media and even some social media Network to pronounce his reconciliation with former Governor Abdulaziz Yari and today when the National leadership of APC came to conduct ward Congresses, then he claims to have reconstituted himself again as a factional leader, then he is truly fooling himself, his followers and the followers of Abdulaziz Yari,” he said.

He said that he did not in any way believe in the media reports that reported parallel ward congresses in the state.

“As far as I am concerned, there is no APC faction in the state; the ward congresses were conducted and it is over. We have done it and it is concluded.

“Our ward congresses were genuine and constitutional. There was no parallel ward congress apart from the one organized by the recognized party structure in the state,” he said.

The former APGA scribe maintained that there was no court order that stopped the holding of constitutional APC ward Congress in Zamfara State.

“Senator Kabiru Marafa faction does not exist because there was an agreed reconciliation.

“After nine months, Marafa has come to say there is a faction which I believe is not in existence in the state,” he added.