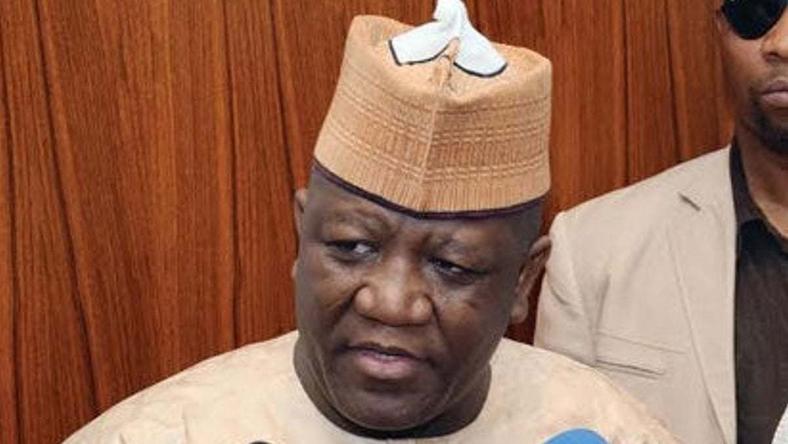 However, Barau announced that part of the resolutions at the meeting was the nomination of Yari as the new leader of the party in the state.

The two camps earlier met on Saturday and agreed with the leadership and initiative of Gov. Maimala Buni-led APC National CareTaker Committee to resolve the crisis in the state.

“The supporters of Marafa and Yari unanimously endorsed the reconciliation move and welcomed the development for repositioning the party, so that it would occupy its rightful leadership place in Zamfara state.

“Discussion points were divided into two – those that are for public audience which comprises all the propositions in the present submission and; and confidential issues discussed in a closed-door session between the two leaders.

“The interim leadership of APC in Zamfara state from the faction of Yari was accepted in good spirit with high expectations for fair deal through the inclusion of Sen. Marafa’s supporters at all levels,” Barau said.

According to him, by this statement, all parallel party structures under Sen. Marafa are considered dissolved.

“Hon. Abdul’Azeez Yari is hereby recognised as the leader of the party in the spirit of reconciliation, unity and progress of Zamfara as a state and APC as a party,” the party chieftain added.

He noted that all court cases initiated by the Marafa-led faction in respect of party leadership would be withdrawn for the reconciliation to thrive.

“Notwithstanding the dissolution of parallel party structures, the two factions shall be maintained for six month with alignments evolving naturally until one party is achieved.

“After this, a review meeting will be convened to evaluate the progress made.

He said there would be an arbitration committee with representatives from each faction that would monitor the implementation of agreed terms of reference.

The party chieftain advised the leadership of the two factions to caution their members, especially the social media team, against unguarded utterances that could affect the process of reconciliation.

“Distinguished members should be enlightened in form of training to facilitate the reconciliation of the two groups.

“Persistent violation of the agreement and inability to respect the terms by either faction amounts to automatic dissolution of the overall agreement and gives the aggrieved party the automatic right to go its way,” Barau cautioned.

He said the terms spelt out in the resolution and those to be discussed in a closed-door meeting would be communicated to the leadership of APC at national level accordingly.

Barau said the factions also agreed and set a 13-member committee to resolve all issues and monitor events within the next six months to ensure each party adhered to the resolutions.

NAN recalls that the party in the state lost all offices to the opposition People’s Democratic Party in the 2019 poll following the various disagreements among party chieftains.