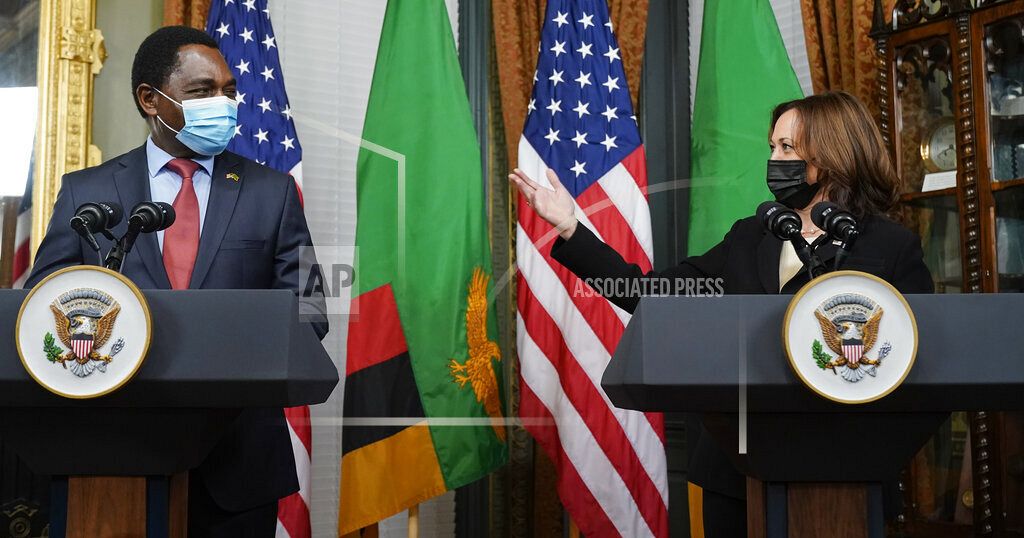 Harris welcomed Hichilema to the vice president’s ceremonial office, saying he is the first Zambian leader to visit the White House since 1992.

Harris praised Hichilema for his historic victory in August, calling it “democracy in action.”

The 59-year-old convincingly won the tense, sometimes violent Aug. 12 elections by getting more than 2.8 million votes to outgoing president Edgar Lungu’s 1.8 million votes, achieving one of the biggest electoral wins in Zambia’s history.

For his part, Hichilema congratulated Harris and President Joe Biden for their November 2020 White House win in a “decisive way.” He told Harris his administration is “following in your footsteps.”

“We, too, were delivered by the people of Zambia in a substantial way, under very difficult circumstances,” Hichilema said.