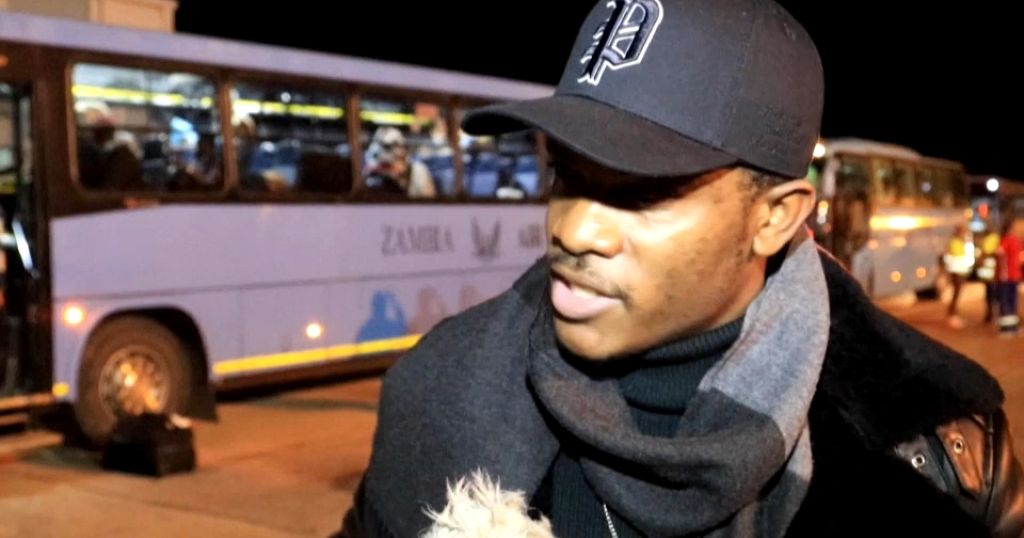 A total of 79 Zambians who fled the war in Ukraine arrived at Kenneth Kaunda International Airport in Lusaka on Tuesday evening.

They were welcomed on the tarmac by Stanley Kakubo, the Minister of Foreign Affairs and the Minister of Information and Media, Chushi Kasanda. The government assured their relatives that it would take care of any remaining Zambians.

“In a war, things are complicated, fragile, situations can change at any time, but we have continued. Thank you to all Zambians who prayed, thank you to the communities, with the government and the prayer allowed us to get through. The first group of Zambians are here, but until they are all here, this situation is not behind us,” said Stanley Kakubo, Minister of Foreign Affairs.

For the survivors, the majority of whom are students, the war and the evacuation process carried out under difficult circumstances have left their mark

“It was pretty terrifying, traumatic. We may be okay physically, but mentally, I don’t think we are ready,” said Catherine Milanzi, a Zambian student evacuated from Ukraine.

About 95 nationals, mostly students, were expected to return to Zambia, but 16 of them chose to stay in Poland after fleeing the Ukrainian town of Sumy, surrounded by Russian forces.