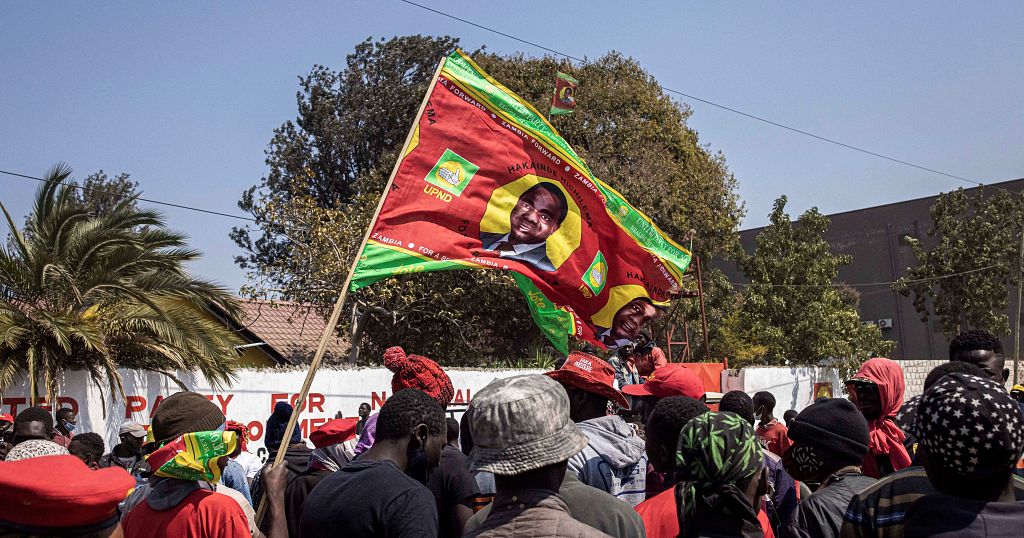 Official results tallied by the Electoral Commission of Zambia on Saturday night from 62 out of 156 constituencies, put Hichilema ahead with 1,024,212 votes, compared to 562,523 for Lungu.

Results from a further 41 constituencies released Sunday, showed Lungu had garnered around 490,000 more ballots, but still trailed Hichilema who had bagged an extra 800,000 votes, according to an AFP count.

Zambian opposition on Sunday called on incumbent President Edgar Lungu to concede defeat, as the first results of the presidential election give a clear lead to his long-time opponent, Hakainde Hichilema.

“We ask you to act as a statesman, by conceding quickly to your brother Hakainde Hichilema, so that the process of handing over power and reconciliation of this country can begin,” said Charles Melupi, representing an alliance of ten opposition parties with Hichilema’s UPND.

Both the ruling Patriotic Front (PF) party and main opposition United Party for National Development (UPND) claim their respective candidates are in the lead, citing their own tabulations.

Some analysts have expressed concern that Lungu might not accept anything other than victory.

On Saturday evening, the presidency announced that the ruling Patriotic Front (PF) was considering possible appeals in three provinces traditionally favored by the opposition, saying that the votes in those given regions had been “characterized by violence”, making the exercise “null and void”.

Mr. Melupi said the accusations were “unfounded”, saying that if there had been tension in some polling stations, it was rather because “ordinary citizens had reacted against the PF officials who were trying to act in an unfounded way.”

At the press briefing, he called on the electoral commission to speed up the announcement of the results, which may still take until Monday morning.

Referring to the piecemeal nature of these results announcements, he recalled that “in the past, this has given the opportunity to those who want to manipulate the results to do so, as in 2016” during the previous election, which Mr. Hichilema lost by just over 100,000 votes to Mr. Lungu.

“HH”, who is also known on the street as “Bally”, an affectionate term for an elder, tweeted late morning to call for calm.

“Victory is in sight and I would like to ask for calm from our members and supporters,” he said.

“We voted for change, for a better Zambia, free from violence and discrimination. Let us be the change we voted for.