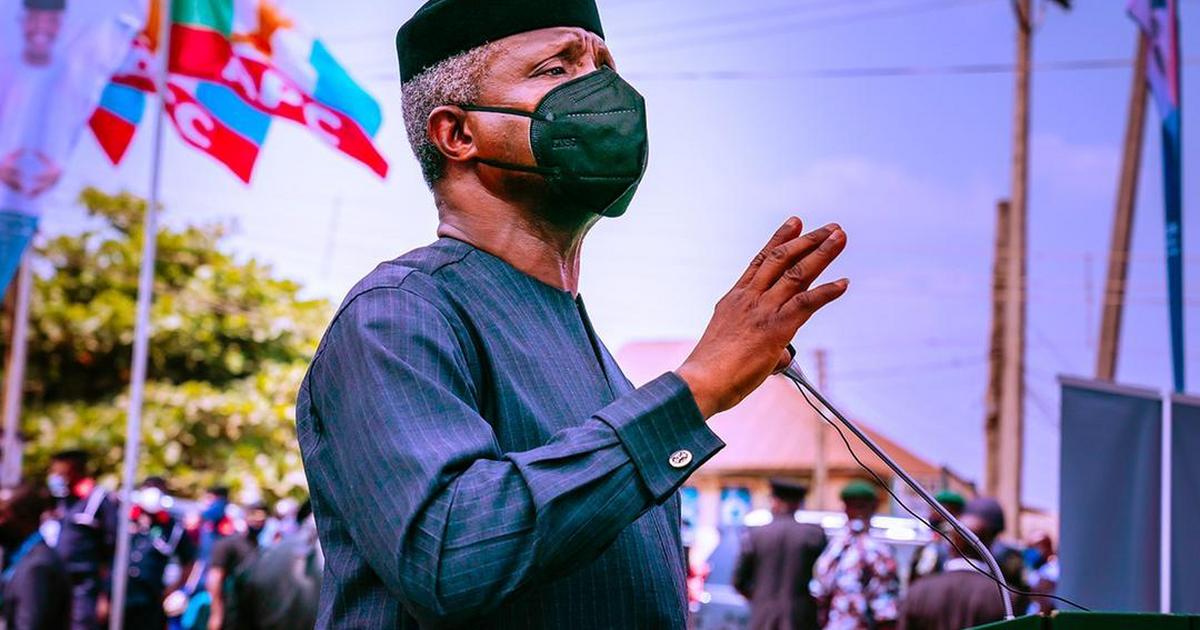 The delegation led by Ismail Ahmed, the Leader, was in Presidential Villa to present the report of the party’s Youth Conference held in June.

Ahmed, in his remarks, said the vice president had always been an advocate and inspiration for the youths.

Osinbajo called on the youth arm of APC to brace up and build a stronger membership base from the grassroots by mobilising young Nigerians across the country to join the party beginning from the ward level.

“This lobby group will need to deal with the issue of inclusion at the grassroots first.

“Today, the APC can win elections; why not, we have a very popular president who can control significant votes, we have partners everywhere.

“Whereas, in the coming years, when we do not have such a political leader who is as popular as the president, you are going to need to do the hard work.

“We can’t assume that the votes will all come in.”

The vice president said that APC youth group was more relevant than ever before because it was not only representing young people, but you had the energy to make sure that this party actually worked for all Nigerians.

According to him, one of the party’s great opportunities is that it has young people who are interested enough in politics.

“All of you already have shown your capacities in various ways, those who are in government have shown that they can do stuff.

“So, the next hard work now is how to get the younger people in our communities, in our society into this party and to see themselves as part of this party, in their hundreds of thousands, in their millions, that is the next thing to do.

“I hope that you will apply your resources and energy to do this.”

He said it demonstrated the ability of youths in the ruling party to take interest in the future of the party and the country.

“For once, young people showed that political party is not just a platform for contesting elections but a platform to debate ideas.

“It is about how the party can contribute to policy development,” Osinbajo said.

The vice president said though the political environment was complicated, the youths could get things done by their consistency and tenacity demonstrated in all aspects of political party engagements.

Ahmed had earlier thanked the vice president for being a consistent voice and supporter of youths regardless of political affiliations.

He appealed for more youth integration in the affairs of the party across all levels.

“You have always been an advocate for young people, we want you, sir, to be vociferous this time around.

“Please be our voice, be our advocate and champion in everything that you will be doing both in government and in the party.

“This party (APC) is ours; but how we will do as leaders tomorrow depends on how well we are trained as followers today,” he said.

Mr Inuwa Abdullahi, the Director-General of National Information Technology Development Agency (NITDA), who is a member of the group observed that Osinbajo was a source of inspiration to the youths.

He added that the way the vice president supported youths in the country was second to none.

Some youth leaders across the party including Asuquo Ikpenyong, Hakeem Shagaya, Etin Osa, Ms Fatima Kakuri and Mr Kabir Aregbesola, were at the meeting.