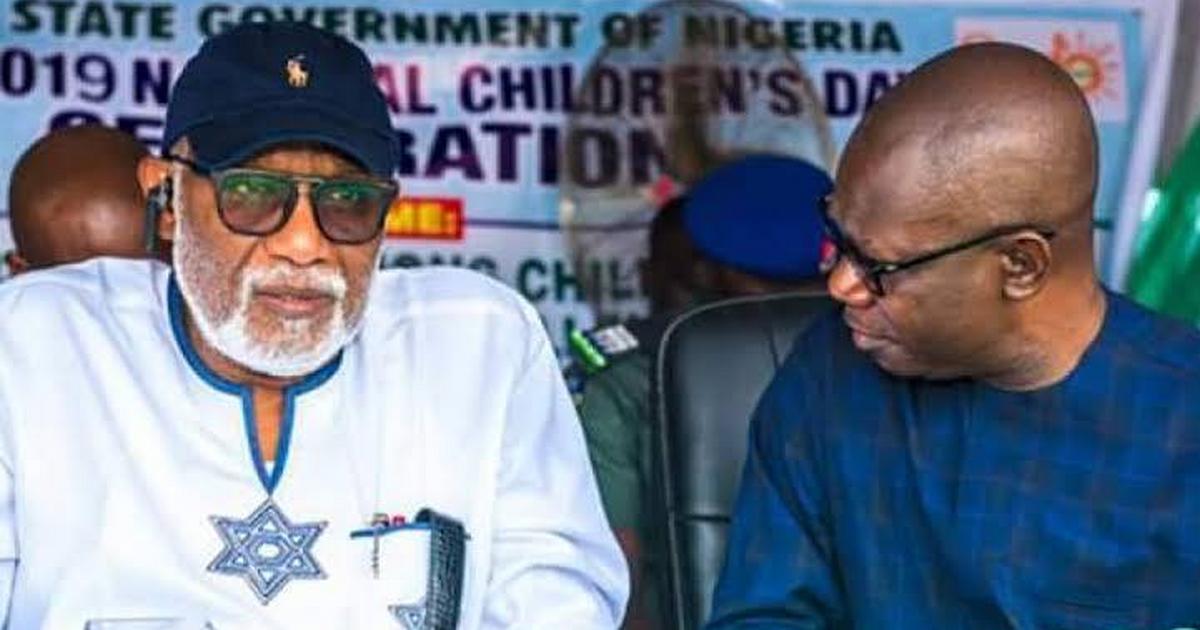 Governor Akeredolu was sid to have made the statement at the meeting of the All Progressives Congress delegates at Ese Odo Local Government Area on Saturday, July 18, 2020.

Akeredolu reportedly said despite the criticisms and allegations that he picked his cousin to deputize him, he felt he made a wrong choice.

Reacting to this in a statement on Sunday, July 19, 2020, Ajayi, who has been at loggerheads with Akeredolu before he dumped the APC and defected to the Peoples Democratic Party (PDP) in June said the governor sounded frustrated because he could not use the state’s lawmakers to remove him.

Describing the governor as the wrong choice for the people of Ondo State, Ajayi said Akeredolu couldn’t have become the state governor without his political influence in the state.

The statement titled ‘Re: I wrongly chose Agboola Ajayi as deputy, also stated that Akeredolu should not blame his deputy for the injuries he caused himself because he failed to “take all-wise counsel not only from his Deputy but by senior citizens of Ondo State.”

The statement reads, “We understand the frustration of Governor Akeredolu over his inability to remove his deputy illegally through the instrumentality of the House of Assembly having heavily induced them with state fund to do so.

“Many injuries Governor Akeredolu caused himself cannot be blamed on his deputy, Agboola Ajayi who he has sidelined for the past three and a half years.

“It must be put on record that Akeredolu contested in 2012 governorship election and came a distant third in the election won by Dr. Olusegun Mimiko of Labour Party.

“It was the experience, weight and political capital Ajayi brought into the 2016 gubernatorial election that produced the current APC led government in the state.

“If there is any wrong choice, it is Governor Akeredolu who has refused to take all-wise counsel not only from his Deputy but by senior citizens of Ondo State.”