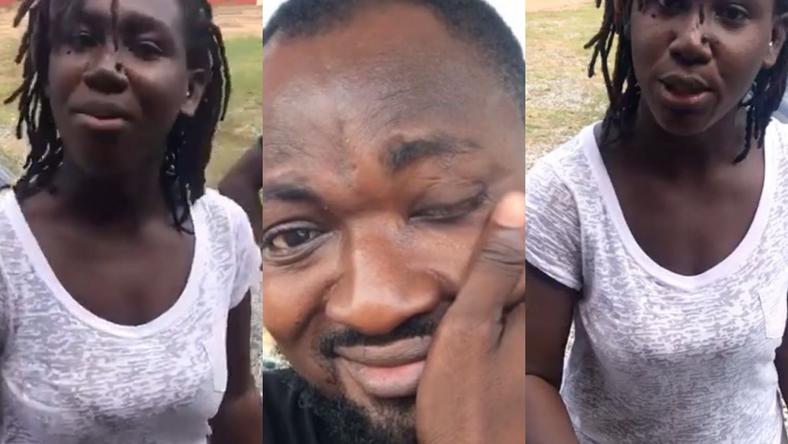 Funny Face’s comments come after some of his followers told him to seek psychological help instead of seeking justice for his twins via social media.

According to Funny Face, those who insult him will suffer for seven years and that their kids with die in car crashes.

He said this in a new video he posted on his Instagram page, adding that all the statements made by his baby mama, Vanessa, are untrue and that if you insulted him, your children will be knocked down by cars.

“There’s a video on my page which proves everything Vanessa said is a lie. She and her mother planned e everything, orchestrated by their choirmaster, ‘Odwam’ Maame Yeboah Asiedu,” he stated.

“Listen, if you don’t know anything about this issue and insult me, my pain when I’m only fighting for my daughters, your children are about to die anyhow. Cars will crash them anyhow and I’ve said this with pain.”

He urged his followers who don’t believe in his curses to go and read the book, “77 Laws of Children’s Power”, to feel his pain and the power possessed by his curse.

“He warned his followers to take a cue from the 77 Laws of Children’s Power, you will see. You remember that I said it some months ago when I was crying and cursing that you will start feeling the pain after seven years.”

He also called himself a prophet, saying: “You will know why children and animals follow me. I’, a prophet and I don’t joke.”