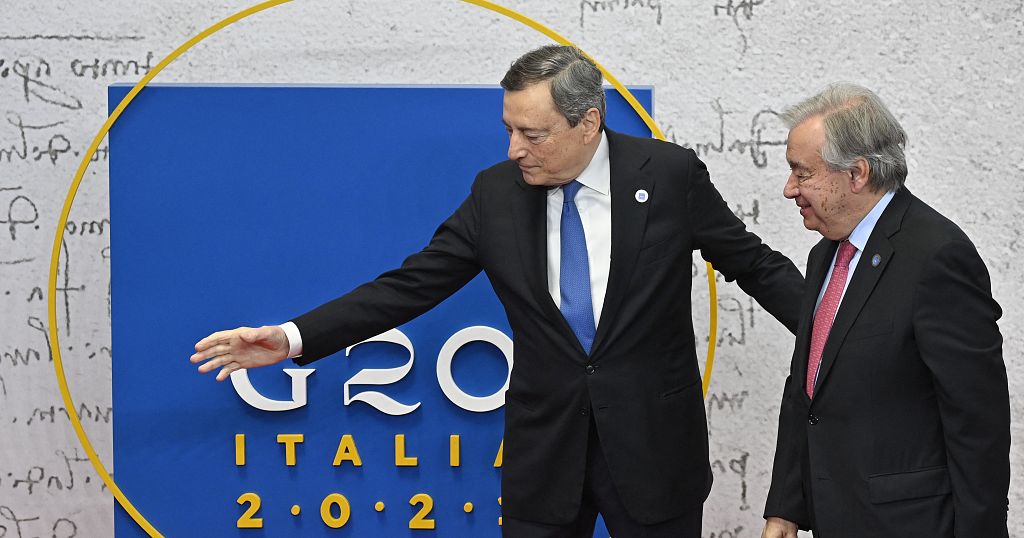 Vanessa Nakate, Eric Njuguna and Elizabeth Wathuti were among the campaigners to meet the UN chief on the sidelines of the conference.

Njuguna, 19, who coordinates the Fridays for Future movement in Kenya, said young people had a “meaningful” input to bring to efforts to tackle climate change and he felt the meeting was valuable.

He said Guterres had expressed “disappointment” at countries’ failures to live up to their pledges on climate funding and carbon emissions.

“There is clearly no time so he (Guterres) said and we have his word on that, that he is going to continue pushing to make sure that world leaders make their own commitments, national delegations make their own commitments because if they don’t then it’s going to be disastrous for countries in the global south who have no funding to implement climate adaptation, who are being already affected by the climate crisis, yeah.”

Wathuti, 26, also from Kenya, who had the opportunity to address the conference on Monday, said young people would continue to push the urgency of the crisis while leaders “continue to fail us”.

“I think the problem is not about the commitments, the problem is that the gap between what needs to be done and what is being done right now keeps widening every day. And this is not a time to say that we will do this, it is a time to begin making short-term targets, to begin doing things right now because the climate crisis is already impacting so many people.”

She urged people to recognize the “injustices” of the climate emergency and act to support those who were most vulnerable to its impact.