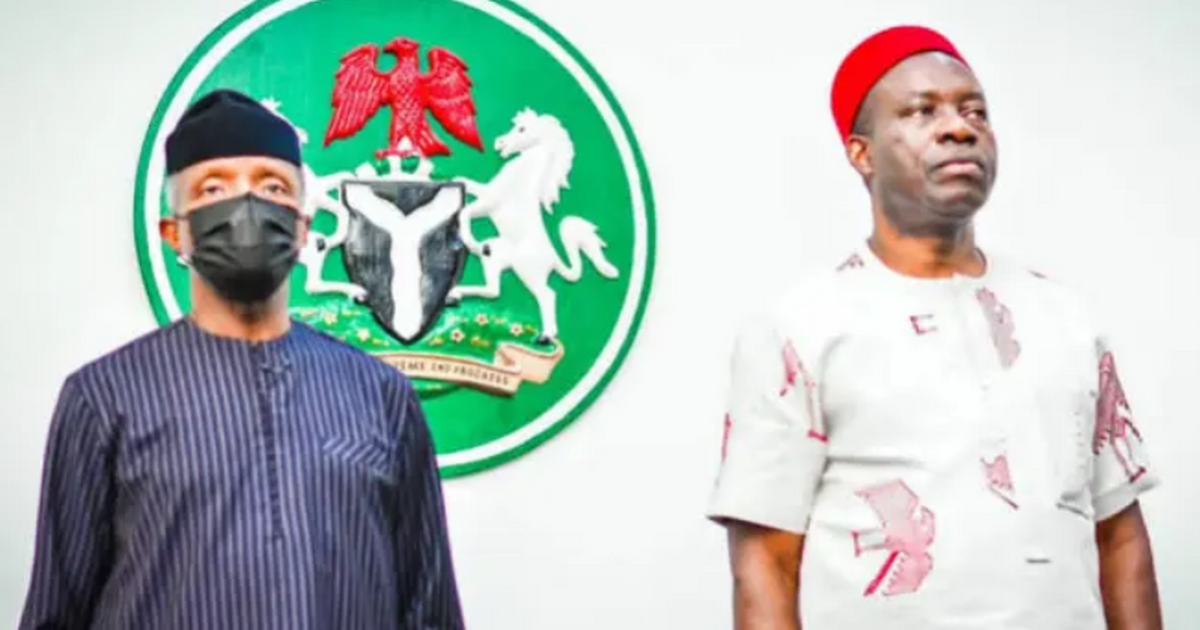 Soludo made the remarks when he received the VP at the Anambra State Government House on Friday, May 6, 2022, as the Vice President continued his consultations with APC delegates.

The former governor of the Central Bank of Nigeria noted that the Vice President has been one of the biggest promoters of Made in Nigeria products.

Soludo expressed excitement and hope for a cordial working relationship with the Vice President, noting that, he was most delighted to welcome Osinbajo to Anambra State.

He also said that the VP has been instrumental in promoting MSMEs and youth development.

He said, “You have been to Anambra severally, but the one that I was part of, in receiving you, and the one dear to my heart, was when you came to commission the shoe factory (at Ogbunike).

“Our government is about promoting made in Anambra, made in Nigeria (products). You came to empower us with that, with the MSMEs and thousands of youths and the less privileged in that particular industry.

Soludo further commended the Vice President for his efforts in government and for steering the National Economic Council, as its chairman, noting that NEC “coordinates all economic agenda of the 36 states of this country.”

“And in that capacity, I must state that Mr Vice President, also coordinating several of the special intervention programmes of the Federal Government, has been leading us well. In various areas and capacities where he has been assigned to do that, he has acted excellently,” he added.

Governor Soludo noted that all the progressives should come together to build a better Nigeria and make it work, “because we believe that if all the 36 states of the Federation work, Nigeria works.”