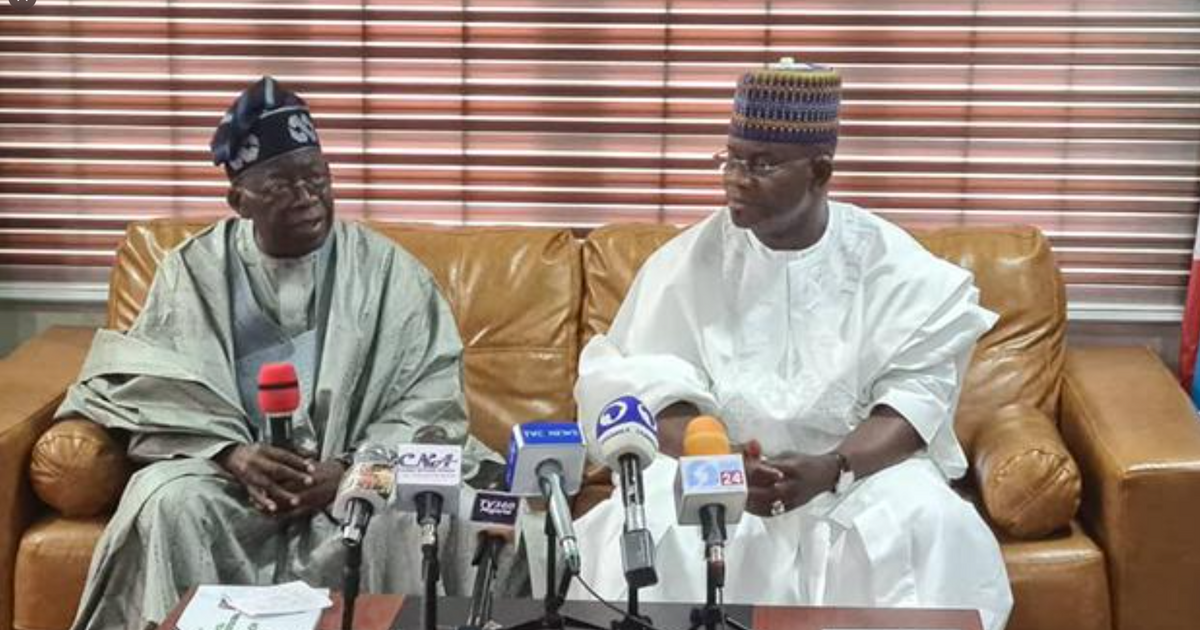 Bello made the pledge when he received Tinubu at his campaign office in Abuja on Friday, June 10, 2022.

The former Lagos state governor had, in his remarks, commended the Kogi governor. for his outing at the just concluded primary.

Describing Bello as his son, Tinubu said the Kogi governor “reminded us of what the nation wants to be,” adding that Bello deserved commendation for “mobilising the consciousness of the youths in the country,” The Punch reported.

Bello is his response announced the collapse of his Presidential Campaign Council and announced the donation of the secretariat to Tinubu.

He said, “Today, I have collapsed my President Campaign Organisation. I am donating my campaign organisation secretariat to you. I’ve learnt a lot from the little lecture you gave to us. What elders see when they’re in the valley, the younger ones won’t see it.

“The exercise (convention/primaries) has come and gone. I will be on streets to lead the youths to ensure that we win convincingly. Never again will PDP lead this country. Thank you all my colleague governors for giving me the opportunity to learn from you.

“Senator Abdullahi Adamu (APC National Chairman) has never lost an election and we will win the 2023 election. Our convention went well and peacefully.”

Tinubu also praised President Muhammadu Buhari for for providing a level playing field for all the contestants during the APC presidential primary.