The blouse was tied by a thread on her back but during the heat of the performance, the thread appeared to have loosened or torn. The incident left the dress hanging amidst the performance and she had to use one hold it onto herself to avoid going naked.

A colleague who was on the stage with her had to intervene to tie it again to save the bad situation from going to the worse. Regardless a lot was exposed but luckily, Yaa Jackson had tape over nipples. Watch the video below.

This comes up just a few days after Yaa Jackson’s brother, Jackson K. Nyame, said his sister is being used by Satan.

Speaking during an interview on Kumasi Online TV, the young preacher said Yaa Jackson’s soul is not with God. He explains that her soul has been tied to the devil hence her risque personality social media craziness.

Jackson K. Nyame, who also acted in Kumawood movies some time ago for their father’s movie production house, has now turned to do the work of God. He details that “ as for my young sister, I speak to her, we talk because of those things“. 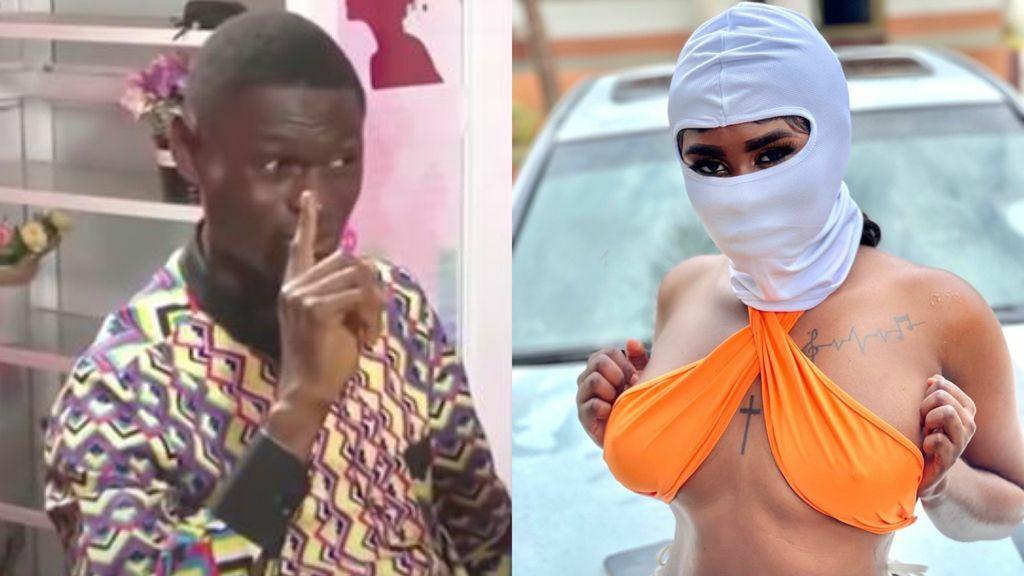 He continued that “I always pray for her because I know where her soul is, I know” asked where his sister’s soul is, he replied, ” I can’t say it but I have told her that her soul is not in God’s hands“.

26 minutes into the interview below, he detailed that “my sister I know her heart, she wants to repent because God revealed something to her and she spoke about it with me“.

Recounting what Yaa Jackson told him, he said “she said oh Sherf I dreamt we were in our house in Oforikrom and the sky changed, Jesus Christ appeared and people were running“. She said I told her in the dream that God is angry so he is coming to kill some people“.

According to Nyame Jackson, the dream was a warning to his sister and he explained it to her. “She said Jesus was judging a lot of celebrities in the dream and when it got to her turn, Jesus told her to stand by“. Hear more from him in the video below.