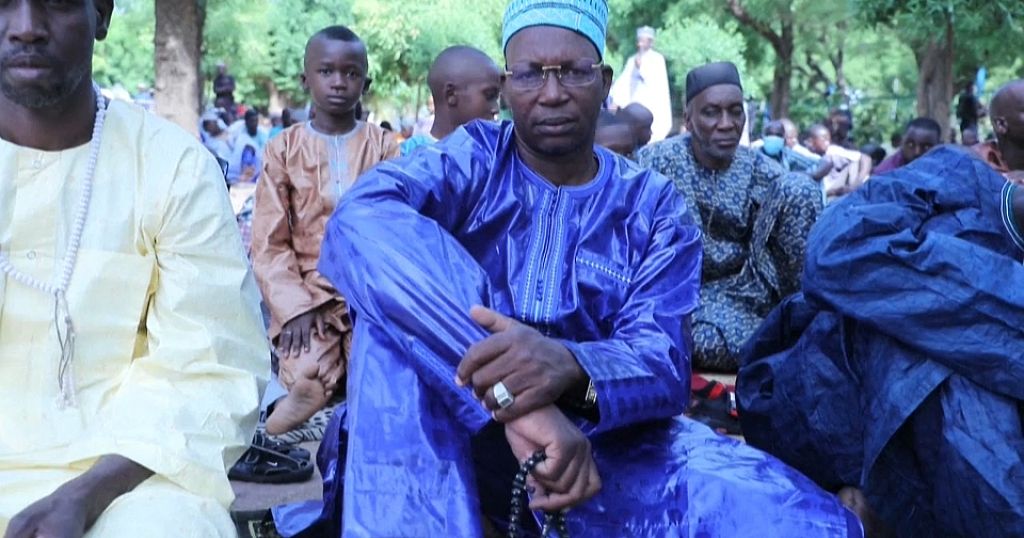 Worshippers gather at Bamako’s grand mosque for the korité, also known as Eid al-Fitr, the festival that marks the end of Ramadan.

This year optimism prevails despite the sanctions imposed by ECOWAS on Mali four months ago.

“From all points of view, the embargo has not changed anything with regard to the organisation of this festival” admits Abdoul Wahab Toure, son of the patriarch of the Toure family.

Service attendee, Bandiagou Gueye, added “I can say that even if the embargo had an impact on the organisation of the festival, the government took on all its responsibilities by subsidising all the basic foodstuffs and this had an effect”, he said.

Many consumers are urging the government to take measures to stabilise the prices of basic necessities.

“We, the Malians, really manage to do it better, it is not what we wish but we pray to God that the people who have imposed illegally on us, that they really have the faith and the good sense to go back on this decision and that the country continues to be prosperous”, hopes El Hadj Abdoul Wahab Toure who attended the service.

Insecurity in certain areas and an embargo imposed by regional bloc ECOWAS are having an impact in the lives of many Malians.

The 15-nation bloc is pushing for Mali’s military, which seized power in 2020, to stage elections within 12-16 months