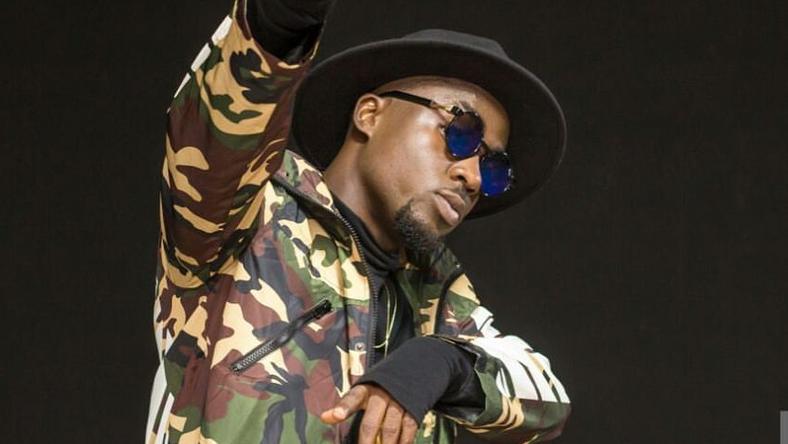 According to Teephlow, Guru stole his ‘Akaida’ dance wave, made it his and swore he had no idea about Teephlow’s version.

“With all those hits u[sic] still robbed a brother of a simple chance to shine when the new akaida dance wave came!” he revealed in a tweet he sent out today.

He said Guru claimed he created the dance wave but today he is stressing over a collaboration with Kuami Eugene.

“U swore u never knew of my song and even claimed u created the wave. Today udey stress over collabo. Smh.”

Teephlow believes karma is at work and that it’s a ‘crazy dog’.

“Karma is indeed a crazy dog,” he concluded.

On Monday, Guru put Kuami Eugene on a blast for saying he won’t feature the rapper for disrespecting his boss, Richie Mensah.

In a long Facebook post, he stated: “Dear Kuami Eugene, I admire your hard work and how well you have come. I am already in my 13th years in this industry and I have been able to give back-to-back hits. I made sure I had not less than 4 hits songs every year and in 2014 i gave 10 MEGA hits in one calendar year, I don’t know how old you were at that time though. The industry is in difficult times which we need to join hands to change or continue with the mistakes our predecessors made. Remember some people started with me but they could not last long so I appreciate how far God has brought me. I know that you will not be under Lynx Entertainment forever but remember not to have any issue with Lynx Entertainment before you leave because those that exited couldn’t maintain the hype. There are always new Lords so remember nothing last forever. Point of correction I never begged for a Collaboration. I didn’t ask for Collaboration because I wanted a hit song, I have a lot of hit songs and I’m proud of that. I wanted you to know I appreciate your craft does why I wanted us to work together and nothing more. I wish you well. Thank You. N K Z”.