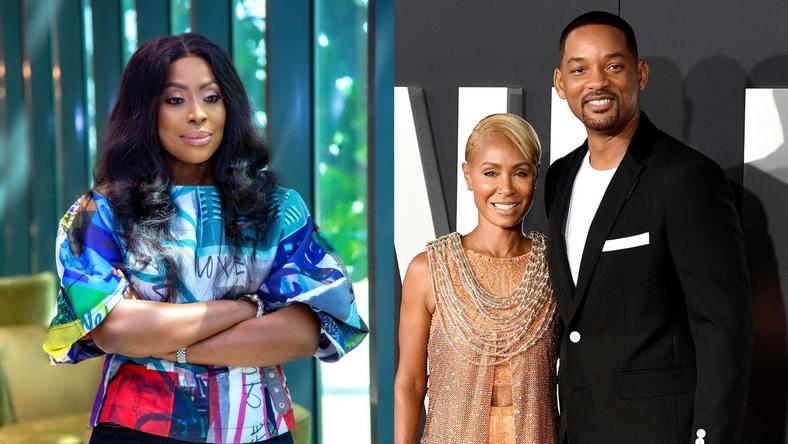 The latest partnership will see the studios co-produce three projects which will lean very heavily on the African continent. The projects include a feature film and two television series titled ‘The Gods’ and ‘Dada Safaris’. The comedy feature is titled ‘Are We Getting Married?’

Confirming the reports, EbonyLife boss Mo Abudu shared on Instagram: “We all dream of lofty goals becoming a reality, then one day those dreams come true, I’m proud to announce that our vision of EbonyLife Studios being in partnership with Will and Jada’s Westbrook Studios is now real.

“Westbrook’s goal is to create and curate powerful and inclusive content. This is completely in line with our vision at EbonyLife – to tell global African stories from our perspective. Together, we will be developing a slate of projects that reflect our shared goals. We are beyond excited!”

Speaking on the new partnership, Westbrook Studios SVP, Head of International TV & Film, Eli Shibley said: “As we set out to focus our initial slate of international content for the Studio business across a diversified set of key territories and regions, the creative energy and world class artistry coming out of Africa is absolutely undeniable.

“We are thrilled to be working with a best-in-class producer like Mo and her EbonyLife team, to tell stories that uniquely celebrate African characters, perspectives and resonate with fans of great film and television around the world.”

‘Dada Safaris’, one of the series lined up follows four bestfriends who follow a leap of faith after finding themselves at career dead ends. ‘The Gods’, on the other hand, follows the tale of married Cambridge professors who set out to find the cause of a surge in natural disasters but discover ancient African gods.

‘Are We Getting Married?’, a romantic comedy set in the US follows the story of a girl from a wealthy Nigerian family who falls in love with a nerdy African-American.