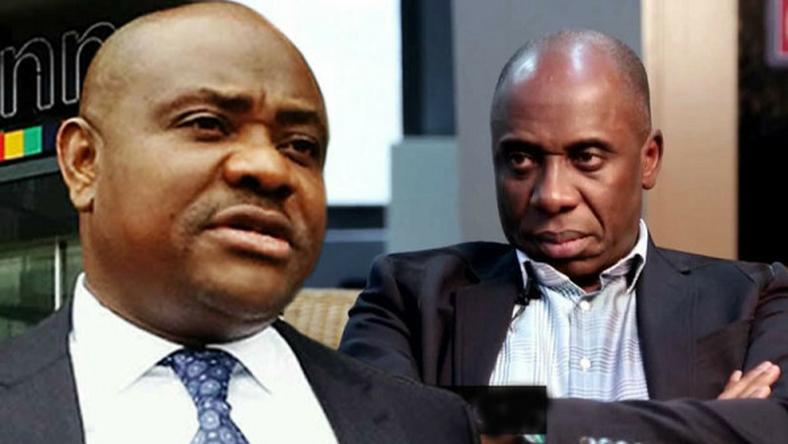 The minister during his recent tour of the 23 local government in the state had said that it is important “for everyone to come together and work to have a riverine governor come 2023”.

Reacting to the comment, Wike said the state does not belong to Amaechi’s father, adding that no one, not even the incumbent governor has the power to determine who becomes a governor in Rivers state.

The governor said this on Saturday, April 10, 2021, at the grand finale of the Peoples Democratic Party local government campaign rally in Bori.

He said “I don’t want to talk about politics of who is from here, who is not from here. At the appropriate time, the Peoples Democratic Party will sit; the leaders will seat and look at everything together and then take a decision. Not one man, even me as a governor, can say this is where I will zone (governorship). You cannot say that. It is not your father’s property.”

He further said, “Nobody should panic. Somebody said he was going to give governorship (ticket) to the kalabari. Now, it is no longer kalabari. It is now in the riverine area. People play wayo (trick) games every day and every day. You say one thing yesterday. You don’t know what you said; you said another thing today. Does it make sense? People should be known for being consistent.”

The governor also accused the the ruling party of not fulfilling the promises it made to Nigerians in 2015.

He said, “One thing in life and that is what I want to remind the candidates, you have to be careful of the promises you make. You have to fulfil the promises you make. Time has come that we cannot listen to empty promises like what the ruling party is doing today. When they came in 2015, they told us the naira and the dollar will be equal — One naira to one dollar.”

Wike and Ameachi are currently the most popular politicians in Rivers. The former succeeded the latter as the state governor in 2015.