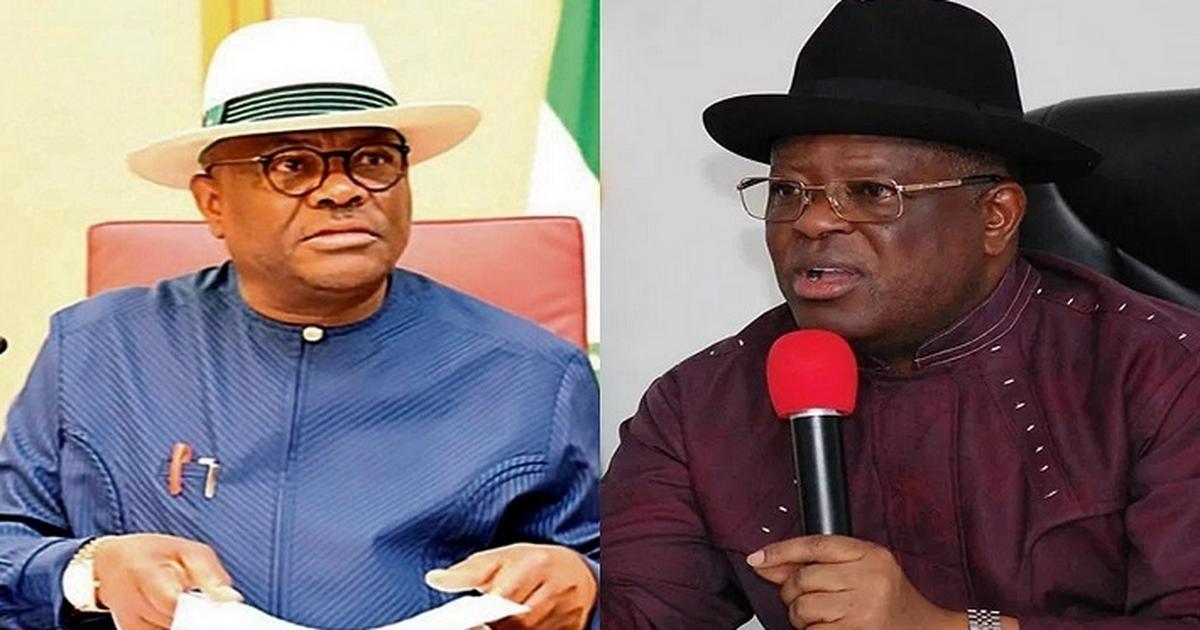 Umahi said this shortly after a meeting with President Muhammadu Buhari on Wednesday March 23, 2022.

The judgement delivered by Justice Inyang Ekwo said that the votes scored by Umahi to emerge governor in 2019 belonged to the PDP and not him as a candidate.

Also sacked by the court were the Deputy Governor, Dr Eric Kelechi Igwe, and all the state lawmakers that defected with them.

Reacting to the development, Wike had boasted in a video that he and the PDP were the architects behind Umahi’s sacking, arguing that it’s wrong for his colleague to move to another party while still holding on to the party’s mandate.

During his press briefing after meeting Buhari, Umahi, who expressed his disagreement with the court judgement, argued that the Constitution has guaranteed that a sitting governor can’t be sued, therefore his sacking is contrary to the provision of the law.

The Ebonyi Governor then criticised Wike for making boastful remarks over his travails describing him as a hatchet man.

He also accused his Rivers colleague of using the state funds to show off while challenging him to a public debate.

“So, the hatchet man that boasted is likened to Judas Iscariot. What qualifies you, just because you’re packing money that is public fund, not intellectual material but just packing money from public fund and you’re boasting about it.”

Umahi still remains the Ebonyi Governor pending the outcome of his appeal at the Appellate Court.