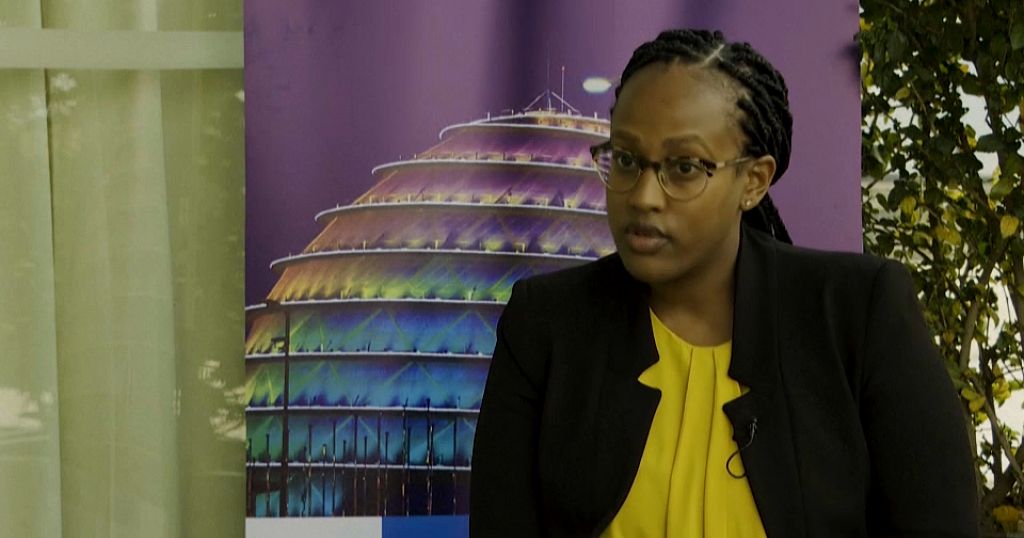 Blue, yellow, green: As night falls, the dome of the Kigali conference centre lights up, resplendent in the colours of Rwanda’s flag as it aims to attract all eyes on the capital, and beyond.

In less than a decade, the small, landlocked nation has established itself as a destination for conferences, sports tournaments and other events, billing itself as “Africa’s Singapore” in a bid to boost business and the economy.

“Rwanda is one of the most stable countries in East Africa. So… people feel comfortable and safe when they come to these kinds of meetings,” Senegalese agricultural expert Ghislain Kanfany told AFP as he arrived for a conference of African plant producers.

Organisers say that low levels of bureaucracy and effective management of the Covid-19 pandemic also make it easier to hold large-scale events in the country.

“There is not much red tape,” said South African Kuben Pillay of the International Cricket Council, in town for a qualifying tournament.

Prior to the pandemic, conference revenues had jumped nearly 40 percent between 2016 and 2019, according to government figures, with Kigali second only to Cape Town in terms of the number of events hosted on the African continent, the International Conferences and Conventions Association said.

The mushrooming of new infrastructure over the last six years — including the Kigali Convention Centre, whose dome is inspired by Rwanda’s beehive-shaped palaces, the Gahanga Cricket Stadium, or the 10,000-seater Kigali Arena, East Africa’s biggest indoor venue — has helped develop the nascent sector.

Hotel owners have also sensed an opportunity, with major international hotel chain setting up shop next to the convention centre.

The authorities are pumping in funds to expand the national airline RwandAir and build a new international airport on the outskirts of the capital.

“The government of Rwanda has (put) a lot of effort into making sure people can feel safe having their event (here),” said Janet Karemera, deputy director of the Rwanda Convention Bureau (RCB), the public agency promoting the sector.

But the success of the fast-growing sector has raised concerns among activists, who have previously accused Rwandan authorities of rounding up street vendors, homeless people and sex workers ahead of high-profile events such as the Commonwealth Heads of Government Meeting (CHOGM).

“Rwanda’s strategy to promote Kigali as a hub for meetings and conferences often means continued abuse of the capital’s poorest and most marginalised residents,” Lewis Mudge, Central Africa director at Human Rights Watch, said last September after the CHOGM event was rescheduled due to the pandemic.

“Rwanda’s Commonwealth partners have a choice: either speak up for the rights of the victims or be silent as the crackdown is carried out in their name,” he said.

With the promise of bringing in foreign exchange, authorities hope the sector will offer an economic boost to the landlocked nation which relies on expensive imports.

Heavy investment in infrastructure has contributed to Rwanda’s debt, up from 15 percent of GDP in 2010 to nearly 54 percent in 2019, according to a report last year by the French Development Agency.

Conversely, conference revenues remain low for the time being -– around one percent of GDP, according to the RCB.

But the government is counting on a “domino effect” to yield dividends, Karemera told AFP.

“The obvious one is job creation, then you got the linkages to support industries: catering, audiovisual, drivers, cleaners, flowers etc,” he told AFP.

The sector is still reeling from the pandemic: Revenues collapsed from $65 million (57 million euros) in 2019 to $5.4 million in 2020, according to government figures.

But Karemera remains optimistic, pointing out that Rwanda’s 2022 calendar includes some major events including CHOGM which is now scheduled for June, followed by the world cycling championships in 2025 — a first for the African continent.