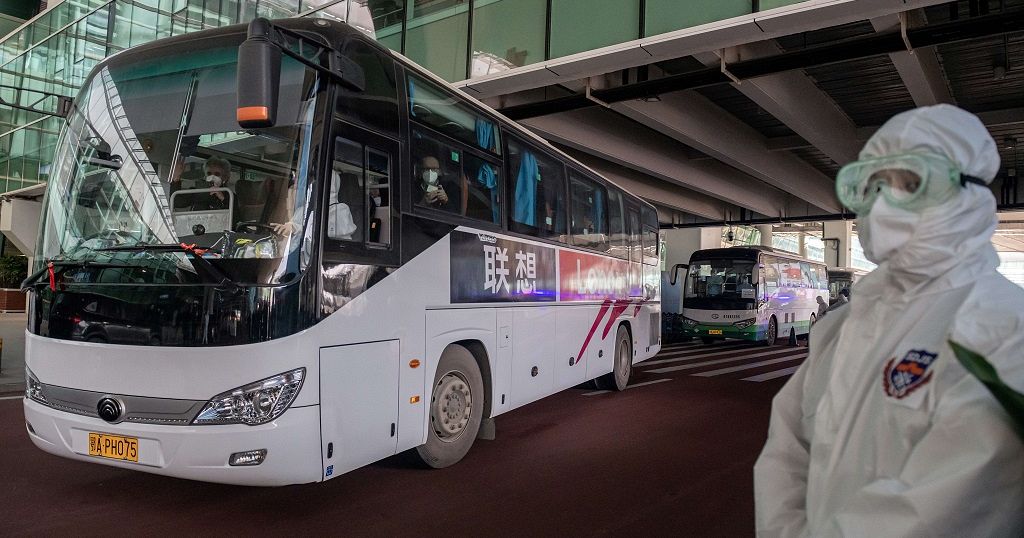 A team of experts from the World Health Organization arrived in Wuhan on Thursday to begin a highly politicized probe into the origins of the coronavirus.

China reported its first death from Covid-19 in eight months.

The 10 scientists, who must complete a two-week quarantine in Wuhan before starting their work, arrived for their much-delayed mission to examine origins of the pandemic.

The virus was first detected in the central Chinese city of Wuhan in late 2019 and has since spread across the world killing nearly two million people so far.

Tens of millions have been infected with the global economy hard hit.

Their trip comes as more than 20 million people are under lockdown in the north of China.

One province has declared an emergency, with Covid-19 numbers climbing after several months of being relatively static.

The majority of the new cases reported were in Hebei, the huge province surrounding the capital Beijing.

It is precisely in this province that a death due to the new coronavirus was announced on Thursday by the health officials.