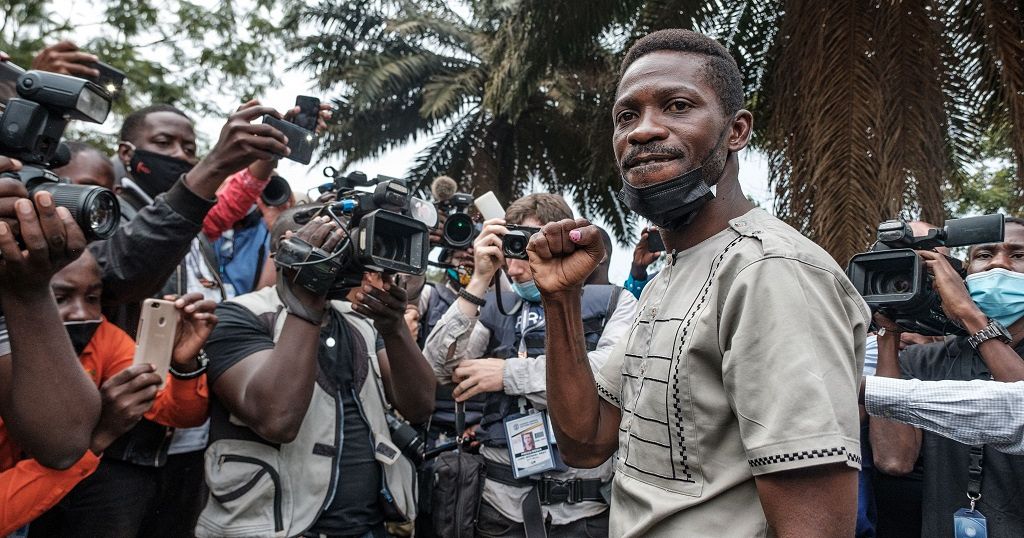 The latter has ruled the east African nation since 1986. Bobi Wine has been arrested several times since 2018. He had said he was sometimes tortured and has accused the regime of cracking down on his campaign before voting day.

He took to wearing a bulletproof vest and combat helmet while campaigning, where his gatherings often ended with tear gas attacks and live rounds firing.

Bobi Wine has become a force to reckon with in local politics, especially amongst supporters of his National Unity Platform (NUP) party.

Ten years ago, he was a reggae singer who donned dreadlock and beloved by his fans.

The pop star-turned politician grew up in the biggest slums of the Ugandan capital Kampala. Here, thousands of people struggle to get by and the feel neglected by the government of the 76-year old president Museveni.

Wine, now lives in a better vicinity, but he still sees himself as the ‘’ghetto president’’. It’s a nickname he earned through condemning social and economic injustice in the country.

His modest origins and youth are key to his popularity in a country where 40 percent of voters are under 30 years old. They have known no president aside Museveni.

As a legislator, Wine notably fought against a tax on social media, widely seen as unfair and limiting freedom of speech.