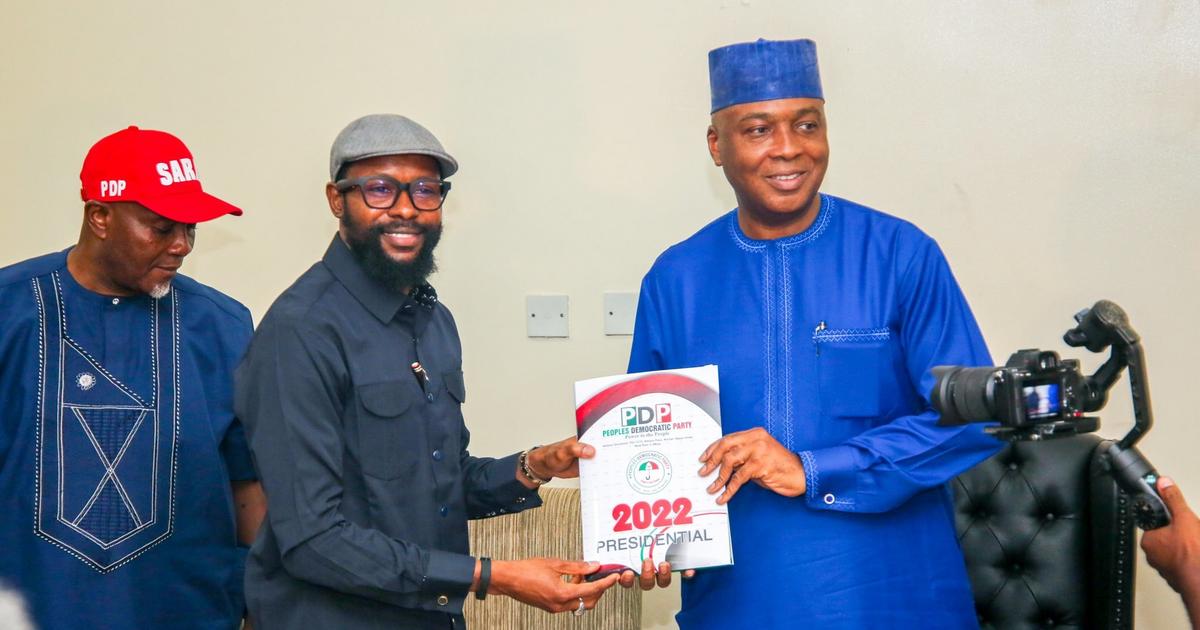 Mr Saraki says this gesture has motivated him to ‘fight twice as hard’ as he planned to realise his ambition.

“Last night, I was truly touched by the gesture of the young professionals convened by Abubakar Danmusa, who helped to raise the N40 million for my Presidential Expression of Interest Form and my Nomination Form.

“These young people, who went out of their way to rally their friends, family and coworkers, made contributions of N500,000 to N2 million to reach their desired goal.

“This symbolic gesture, a first of its kind in the history of our nation, is also a challenge to me. Now, I promise to work twice as hard as I originally intended.

“I promise to meet the yearning and aspirations of all our young people to run a modern government that can achieve sustainable development,” Mr Saraki said in a statement released on his Facebook wall.

In a tweet, Saraki also promised to make sure all his Minister of State are youths.

“As it stands, this is a clarion call. This is why, I make this promise — not out of politics or propaganda— but out of the fervent belief that young people have a role to play in the development of our nation:

“When I become President of the Federal Republic of Nigeria on the 29th of May 2023, all the Ministers of State in my Cabinet will be experienced young people who are under the age of 35.

“Yes, we have our work cut out for us. But the battle to #FixNigeria has just started!” He added.

Saraki was previously the Governor of Kwara State from 2003 to 2011; and was elected to the Senate in 2011, under the Peoples Democratic Party (PDP), representing the Kwara Central Senatorial District, and then re-elected in the 2015 general elections under the party of the All Progressives Congress (APC).

He left the ruling party, (APC) and returned to his former party (PDP) Where he became the opposition leader, on 31 July 2018.