Governor Aminu Tambuwal of Sokoto State has disclosed that the visit of four People’s Democratic Party governors to Ondo State was to woo Dr. Olusegun Mimiko back to the party.

Tambuwal who stated this shortly after a closed-door meeting with Mimiko at his Ondo town residence in Ondo West Local Government Area of the state emphasised that the visit was to re invite him into the PDP as the party moves to rescue the country ahead of 2023.

DAILY POST had reported that the four PDP governors led by Chairman of the party’s Governors’ and Sokoto State Governor, Aminu Tambuwal, Seyi Makinde (Oyo), Nyesom Wike (Rivers), and Okezie Ikpeazu (Abia) arrived the state ahead of the planned defection of Mimiko to the party. 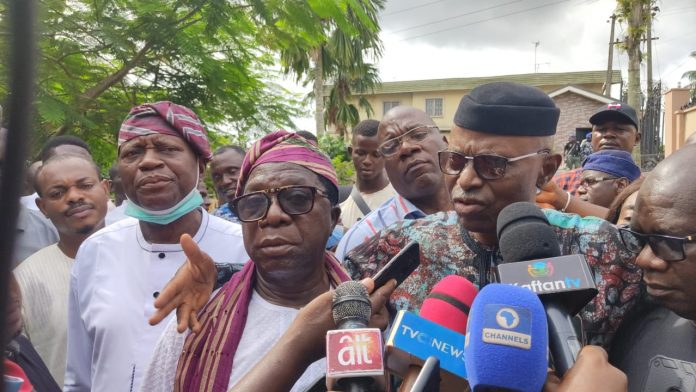 The governors were received by Mimiko, his wife, Olukemi, former Deputy Governor of the state and the ZLP governorship candidate in 2020, Agboola Ajayi, among others

According to Tambuwal during the visit, the governors had a very robust engagement with Mimiko with the optimism of a positive outcome.

“The message is simple, let’s come back to reposition the PDP and rescue the country. The urgency of the matter is now. We are rebuilding the political platform, the PDP, we are repositioning it towards ensuring that PDP is back in power in 2023”.

On his part, Mimiko who described the visit as part of engagements to welcome him back to the party revealed that he would make his position known very soon.