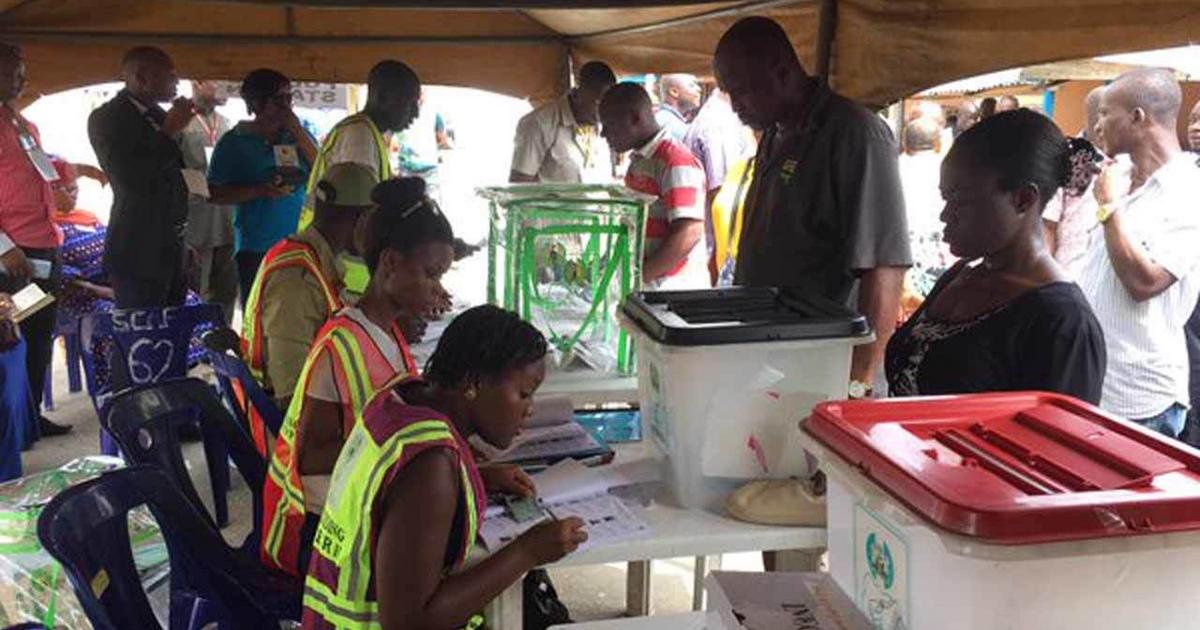 Okoye said that preparations were on top gear to deliver free, fair, transparent and inclusive elections in Ekiti and Osun.

According to him, the commission is not taking anything for granted in the preparations for the polls.

The INEC spokesman said the commission remained confident of the optimal performance of the accreditation machines, the Bimodal Voter Accreditation System (BVAS).

“We are holding meetings and putting together strategies and tactics of making sure INEC conducts free, fair and transparent elections in both states.

“We are confident that whatever issues there are with the BVAS have been resolved, and we are expecting to have a very good accreditation process at the elections.

“Those two elections may likely be the only off season governorship election that we are going to conduct before the 2023 general elections.

Okoye said the new Electoral Act 2022 that had come into force, would strengthen the commission to conduct a very good election.

According to him, because of the creative and innovative approaches INEC has adopted in the conduct of elections, there are so many people in Ekiti and Osun who believe that their votes will count and that the votes will be made to count.

“With the introduction of BVAS , people believe that ghosts will not come to vote. People believe that those who have quarantined Permanent Voter Cards (PVCs) will not in be a position to use them. So, only the living will cast their votes in Osun and Ekiti.

“We are putting everything in place to make sure that we conduct a good election in both states. We are preparing for these two elections and we are preparing well,” Okoye added.

On riverine areas in Osun, Okoye said the commission was in discussion with the marine union and Nigerian Navy for logistics and security.

According to him, the commission has also started the process of recruitment of ad hoc staff that will be used for the two elections.

On efforts to prevent recurrent trend of voter apathy at the Ekiti and Osun governorship polls, Okoye urged political parties to join the commission in voter mobilisation.

“No individual, no agency and no commission can do it alone. The main task of voter mobilisation still remains with political parties.

“So, the political parties must mobilise these voters to the polling units because the voters are to vote for them. Parties must do their own bit in terms of voter mobilisation.

“Civil society groups and organisations also have a role and a responsibility in this area. The same is with the media and other critic stakeholders,” he said.

Okoye added that it was the responsibility of political parties to go to rural areas and communities to educate the people about their symbols that will be on the ballot.

According to him, on the part of the commission, efforts are being made to ensure aggressive sensitisation and mobilisation of voters.

“We have created additional polling units and taking these polling units closer to the people to ensure seamless voting experience on election day.

“We have also made it possible for people to have trust and confidence in the electoral process through the introduction of the BVAS.

“Now people believe that they can go and vote and that their votes will count,” he added.

Okoye said that INEC was also going to hold top level security meetings with different security agencies under its auspices of Inter-Agency Consultative Committee on Election Security (ICCES) to also build up confidence in people to come out and vote without fear of violence.

He added: “So, we want a situation where people will go to the polling units with full confidence that nothing bad will happen to them.

“People must have hope that the electoral management body will do what is right in terms of making sure that the only determinant of who gets elected and who does not get elected, will revolve around the votes of the people cast at the polling units.

“On our own part, we are going to accelerate in a very aggressive manner, civic and voter education in Ekiti and Osun to make sure that people come out to vote.

“The issue of voter apathy must be tackled headlong and must be a multi-stakeholders aggressive venture. Nigerians must be made to understand that they hold the power through their votes and must shun selling their votes on election day.”