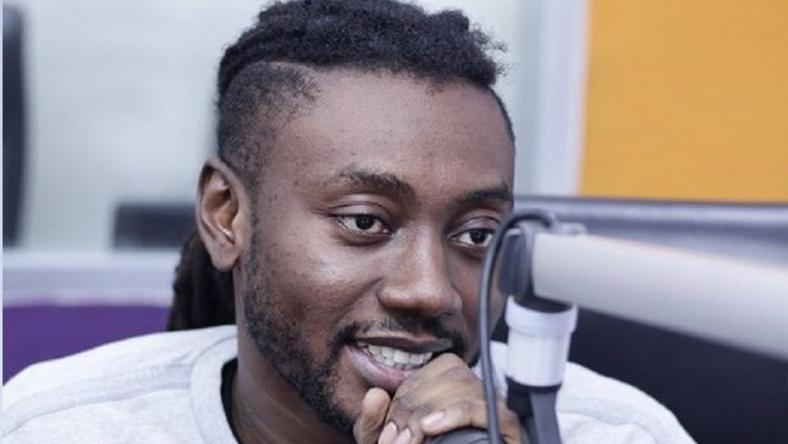 The “Ay3 Late” hitmaker – who has so much passion for tattoos and as a result has many on his body – was surprised to see a fan tattoo his name on his body during a recent performance.

During his performance, one of his fans starting yelling his name while hitting his shoulder where he tattooed Pappy Kojo’s name.

Pappy Kojo then took one of the on-stage cameras and captured the fan.

He shared the video on his Instagram page and asked fans who have tattooed his name on their body to message him their names, adding that he will do same in return.

Although he loved the idea of fans tattooing his name, he called it ‘foolishness’ (perhaps, it was one of his usual jovial talks).

He shared the video and gave it the caption: “Any fan who tattoos my name, dm me your name too and let me tattoo yours, we are doing this foolishness together.”

Pappy Kojo may appear gentle, but he is behind some of the most ridiculous Internet jargons and phrases in the past two years.

If you will recall, he introduced the phrase “wo tw3” and had even celebrities used it.

He is also a comedian. It is the reason why he has thousands of followers on the Chinese video-sharing platform, TikTok.