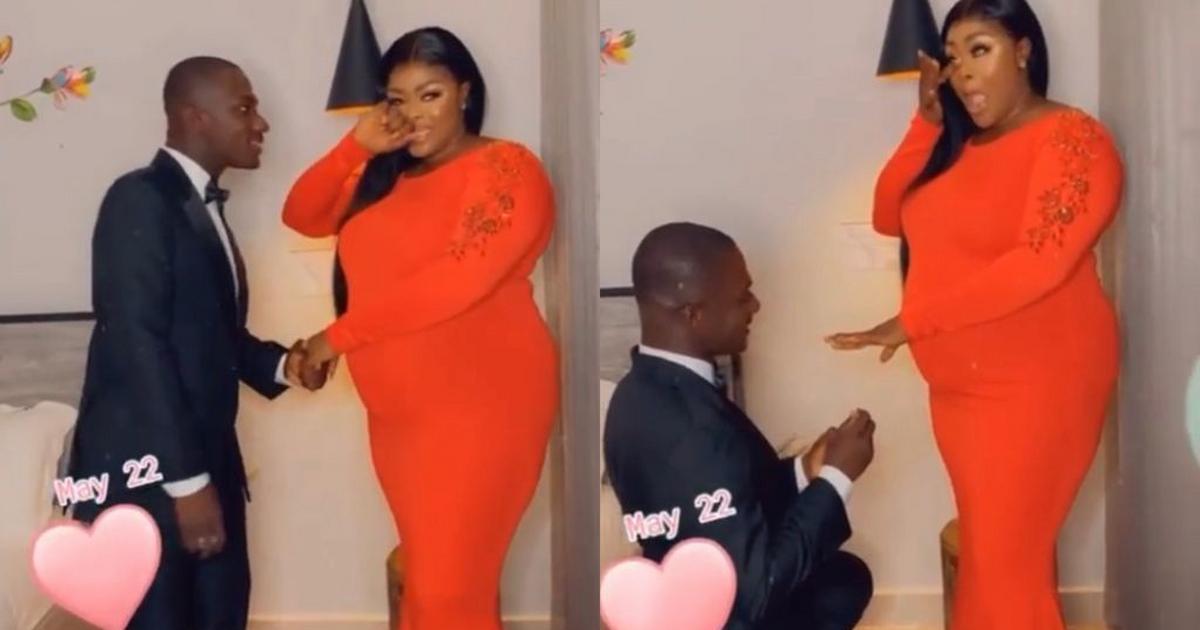 However, his post stirred controversy on social media over a baby mamas drama. A few months ago, it emerged that the 30-year-old has impregnated two women around the same time. A lady based in Europe known as Erica Kyem and Mina Lawani.

The drama saw the Ghanaian blogger apologizing to both women after a video surfaced online, showing him at what looked like a marriage ceremony at the family house of Erica.

Today, a new video has surfaced after the new parents announced the birth of their first child together and it shows that Zion and Mina have also been engaged as well as since May 22 this year.

In the video below, the blogger went on one knee at a photoshoot and proposed to Mina who was heavily pregnant.