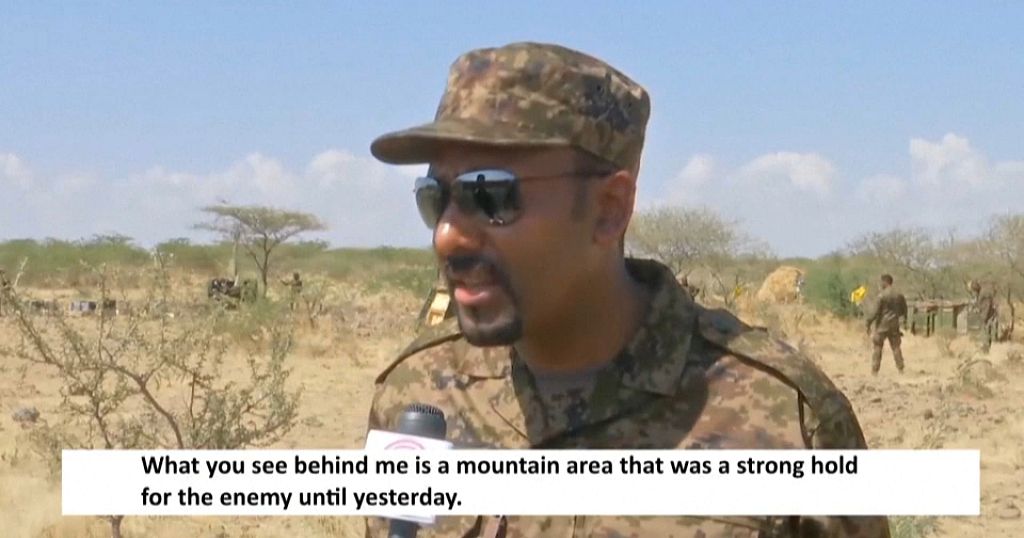 The Ethiopian government on Friday released a video that shows Prime Minister Abiy Ahmed on what is claimed is the frontline in the country’s yearlong war.

The footage comes as the government issued a new order aiming to restrict media reporting of the war, prohibiting the sharing of non-official information on “military-related movements, battlefront results and situations.”

In the video, Ahmed walks with military personnel while wearing military fatigues. In a recorded statement in the video, he made claims about having cleared enemy strongholds and said the conflict would continue “until Ethiopia’s freedom is ensured”.

Ethiopia’s government this month declared a state of emergency as fighters from the country’s northern Tigray region, in collaboration with fighters with the Oromo Liberation Army, approached the capital, Addis Ababa. The United States and other governments have been urging their citizens to leave immediately.

Tens of thousands of people have been killed in the war that erupted in November 2020 between Ethiopian forces and the Tigray forces who had long dominated the national government before Ahmed took office in 2018.

In his latest attempt to rally all able Ethiopians to fight what he now calls an “existential war,” the 45-year-old prime minister this week announced that he would go to the battlefront to direct the army, a dramatic move two years after receiving the Nobel Peace Prize.

Mediation efforts by the U.S. and African Union in pursuit of a cease-fire and talks have made little apparent progress.

The war in which witnesses have described gang-rapes, mass expulsions and deliberate starvation has seen atrocities committed by all sides, though Ethiopian forces and their allies from neighboring Eritrea have been blamed for most of the abuses.

The war has created a huge humanitarian crisis in Africa’s second-most populous country, with some 6 million people in the Tigray region under a months-long government blockade.