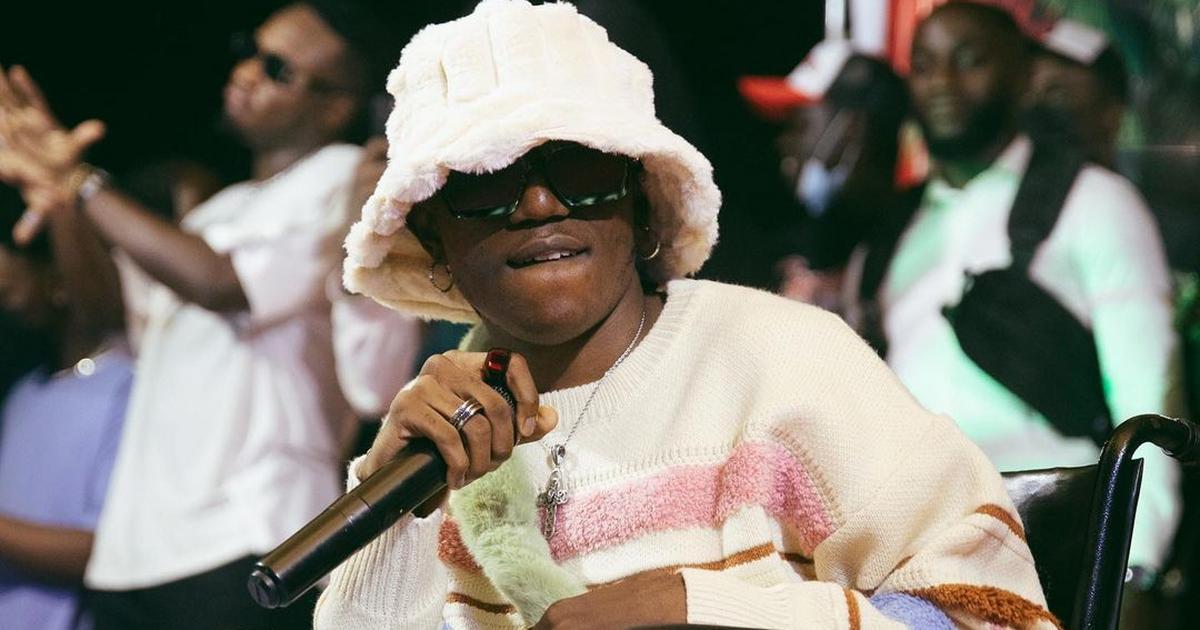 The singer was involved in a car crash in 2021 which left him bedridden for months.

In a tweet shared via his Twitter page on Thursday, March 24, 2022, the singer advised those bothered by his predicament to take up the mic and move around in a wheelchair.

“Bout time we hand niggas their own mics & wheel chairs for peace sake,” he tweeted.

One life was reportedly lost as a result of the car accident.

The fast-rising star released his EP, Saturn, in 2020.

He was a student of the Imo State University when he released the EP.