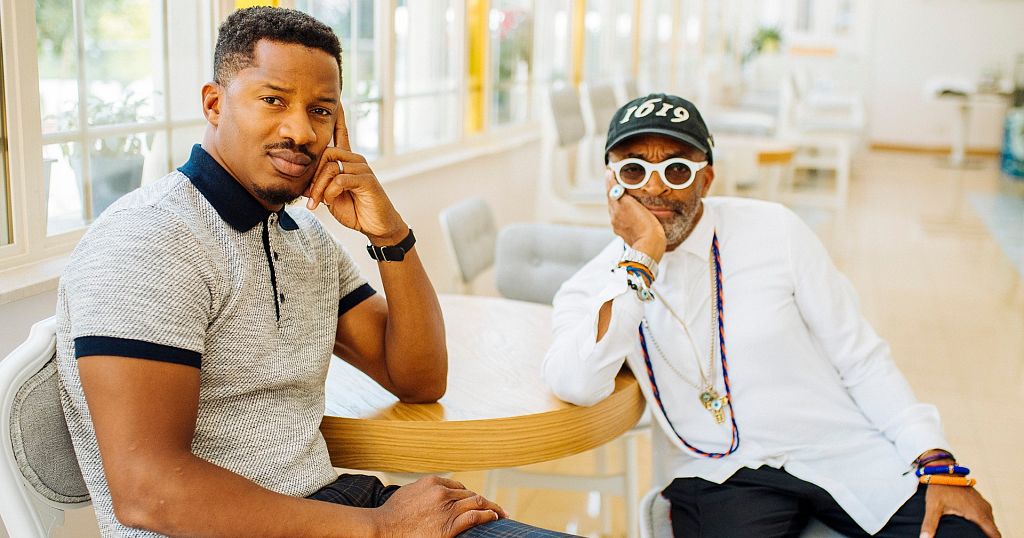 Nate Parker, the talented African-American actor, writer and director who produced the historical Nat Turner slave uprising 2016 film ‘The Birth of a Nation,‘ is exploring another uncomfortable truth with ‘American Skin’ — a cinematic glance at police brutality against the African-American demographic in the United States that takes the Black Lives Matter movement to a whole new level.

Parker hopes that this project will inspire concrete and forward-moving change and says filming was difficult at times — resulting in emotional conversations among the entire cast and crew.

“I think it’s very difficult, you know, as a father, you know, I have my nephew that I adopted as my own. I have five daughters to wake up every day and to know this is our reality, that we’re living in. And when I say our reality, sometimes that’s interchangeable with nightmare because we don’t know if we’re going to be bombarded with videos or texts or Instagrams from friends of another person that has lost their life and even worse, not having any type of context or tools to really be able to address it in a way that promotes the type of change that can be sustainable and tangible. There’s that — the human part of me that wakes up and asks myself, is this the legacy I’m handing to my children? “

When the Justice System is Intrinsically Questionable

The Spike Lee production is a heart-wrenching, provocative and truthful story of the challenges the average black person in the United States is faced with at the hands of the country’s police officers nationwide.

Parker’s character, Lincoln ‘Linc’ Jefferson, finds himself between a rock and a hard place as he decides to take justice into his own hands after the very justice system itself once again fails another black family. This time around it is his own as his son Kajani gets murdered by a police officer during a “driving while black” situation at a traffic stop.

Actress, Vanessa Bell Calloway, is also hopeful that the film will spark reflection and consequently bring positive change in society.

“We’ve got to open our eyes and we’ve got to take accountability and we’ve got to start listening. And that’s what I want people to take away from this movie. And I don’t think that things are going to change overnight by no means. I pray that in the next four years, things get a little better and a little bit more civil. I pray we get back to civility because we have definitely lost that as a nation and as a community and as individuals. So I pray that we get back to that. But just take accountability and open our eyes and let’s just try a bit harder.”

‘American Skin’ is available to rent or purchase (from January 15, 2021) on a variety of Video-on-Demand streaming platforms — including iTunes, Vudu, Google Play, and FandangoNow.