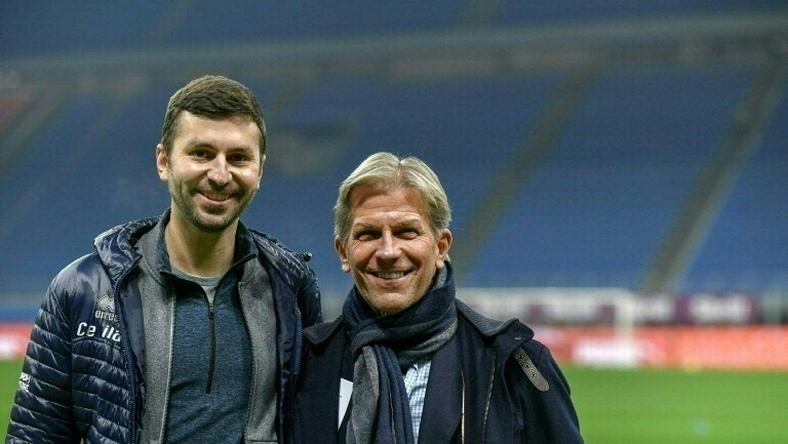 Their bet? Growth in TV rights and the modernisation of ageing stadiums fuelling a new era of Italian football.

Two top flight games this weekend will be derbies between US-owned teams — Roma versus AC Milan and Spezia against Parma.

If foreign investment has long been part of the Premier League with only four clubs still British-owned, the phenomenon is more recent in Italy.

The harsh economic reality of the coronavirus pandemic has made clubs more open to potential investors, experts told AFP.

Roma’s US-era began a decade ago with James Pallotta, who sold on to another American businessman Dan Friedkin last summer.

Former European giants AC Milan are also flying the US flag since passing into the hands of the Elliott Management group in 2018 after the club’s Chinese owners defaulted on a debt to the hedge fund.

Fiorentina have been owned by Italian-born US businessman Rocco Commisso since 2019, while this season the Krause group became the the majority shareholder in Parma, and financier Robert Platek and his family purchased promoted Spezia in February.

This North American interest is based on an economic bet, the awakening of the “sleeping giant” that would be Serie A, according to Patrick Massey of Portas Consulting, a British firm which specialises in sport.

Italy were the centre of the football planet in the 1980s and 1990s, in the days when Argentina great Diego Maradona played at Napoli.

The sum paid for Spezia, a reported 25 million euros ($30 million), is a “good example” of the current devaluation of Italian football, compared to other European or MLS clubs, according to Jordan Gardner, an American investor who has worked with several European clubs, and now owns Danish side FC Helsingor.

Andrea Sartori, head of the sport sector at audit firm KPMG believes investors are counting on a future increase in television rights for the Italian league which are “very far from those of the Premier League or La Liga, in particular internationally”.

The allocation of rights for the next three seasons is underway in Italy.

Liga Serie A expect a certain stability for broadcasting in Italy, 970 million euros per year currently, but hopes for an increase overseas (370 million euros).

The other expected growth area is the country’s outdated stadiums, with just a few in the ownership of their club such as Juventus, Udinese, Sassuolo and Atalanta.

This dream of renovated or even new sports facilities, to increase ticket sales and generate additional income, seems to be shared by all clubs under the American banner.

In Milan as in Rome, the project of a new stadium has existed for years.

In Florence, Commisso has been talking about a completely restored stadium since arriving, despite recently stating he has given up because of administrative difficulties.

Despite Parma’s risk of relegation to Serie B, new boss Kyle Krause this week confirmed his ambition to renovate the old Tardini stadium.

American interest is not limited to the top flight, Serie B clubs such as Venice or Pisa, or even lower league sides like Catania and Campobasso are concerned.

The primary motivation remains to position themselves in a growing sport in the United States, with the prospect of the 2026 World Cup being hosted in North America.

Such is the case of Venice, which in addition to its worldwide fame, can also count this season on a team vying for a return to Serie A after nearly two decades and a series of bankruptcies.