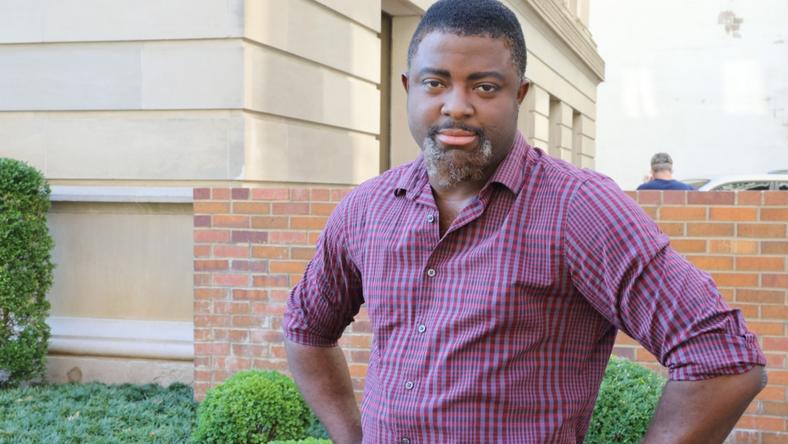 Ojo, who gave the advice in an interview with the News Agency of Nigeria (NAN) in Lagos, said that entertainers would also be able to design the desired industry when in government.

“We have many talented actors that can be good leaders; I think they should participate more in politics, run for elective positions, so that they can redesign the industry.

“They can also hire lobbyists to make sure that laws are made to benefit the movie industry,’’ he said.

Ojo, however, noted that Nollywood was a huge market for global film industry, advising government to do more at curbing piracy in the country.

“Many of the filmmakers are willing to pump heavy money into Nollywood like Hollywood and Bollywood, but breaking even is tough with the menace of piracy,” he said.

Commenting on cinematography and the quality of movies produced in the country, Ojo said that the picture quality and sound were getting better.

“Most of the films in Nigeria are center around drama and independent filmmakers which by international standard is a low budget production.

“Nevertheless, with an improved economy and with our excellent economy of scale, Nigerian filmmakers will start producing movies that American distribution companies will want in their market.

“Our stories are fantastic, but it is about time we start to tell the stories in a way that people around the world will relate well to the story,” he said.

Ojo, who currently produced a movie called `Alejandro’ to be premiered in Oklahoma sometime in April 2021, advised the government to create more jobs and give loans to better the movie industry.

“The biggest challenge in the industry is pricing for crews or cast, there is no standard price, this attitude could be frustrating for filmmakers from abroad.

“I have made movies in Asia and Latin America and I recruited all my cast and crew from the US, conducted pre-production online and went in to shoot for few weeks and it was successful.

“In Nigeria, it can never work that way, sometimes, when you successfully reach out, some will not respond to text, calls or email, but I believe it will get better.

“The actors that featured in Alejandro were professional and easy to work with. Particularly, Tina Mba, Nancy Isime and Afeez Oyetoro, they made working with Nigerians easy,” he told NAN.

According to him, the movie to be premiered in April is inspired by a true life event where a man’s random act of kindness becomes the answer to his most ardent question.

“The movie showcased the Nigerian culture to the world by telling a story pertinent to Africa in a way that different audiences will relate to,’’ he added.

Fayose: ‘I have no interest in Tinubu’s 2023 presidential ambition’