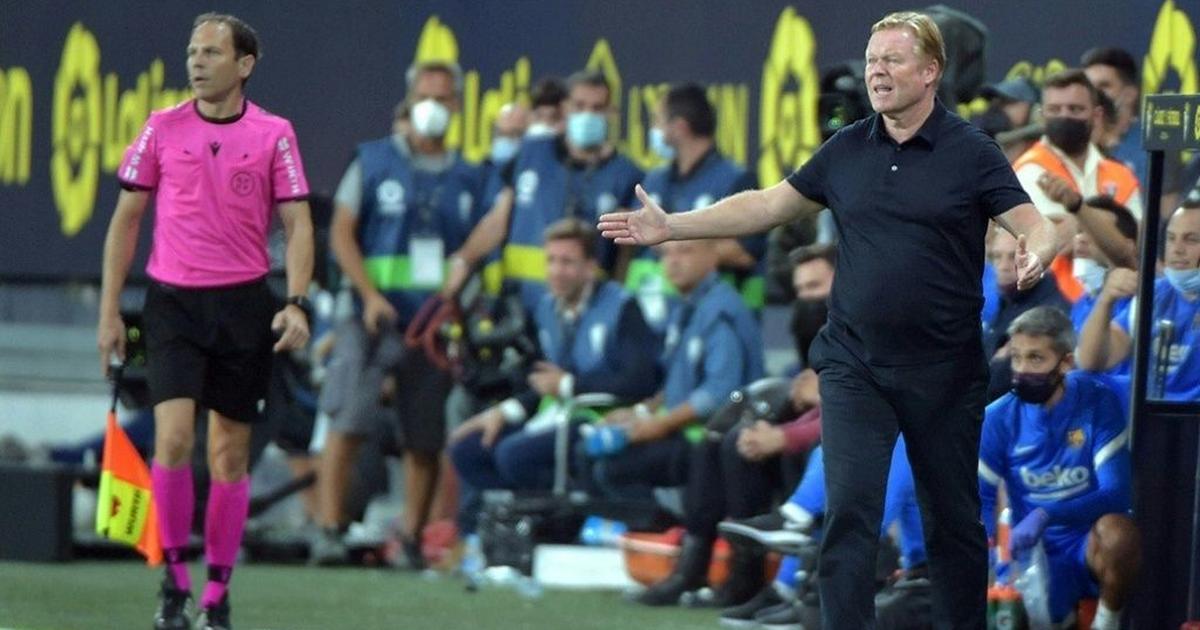 The Spanish Football Federation (RFEF) disciplinary opted to hand the Dutchman the shortest permitted suspension after his sending off in the final minute for arguing with officials as 10-man Barcelona limped to a goalless draw.

Koeman wanted play stopped because there were two balls on the pitch.

“In this country you get sent off for nothing,” Koeman told the press conference after the match, explaining that “it was for telling the fourth official that there was a second ball on the pitch, that he had to stop the game.”

Koeman is under pressure because Barcelona are already seven points behind Liga leaders Real Madrid, although they have a game in hand, and have scored ust five goals in five league matches.

He will not be able to sit on the bench on Sunday as Barcelona host Levante and on October 2 when Barcelona visit champions Atletico Madrid.

The Dutchman was sent off in 65th minute for his second yellow card in four minutes.