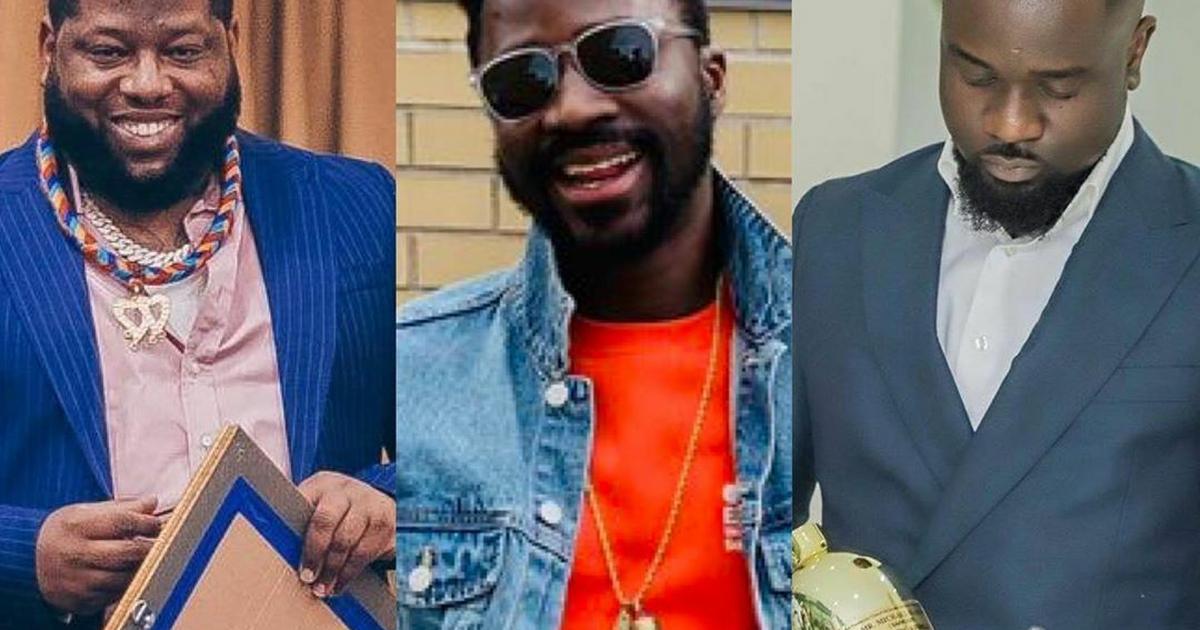 The US-based hiplife musician who has been heckling Sarkodie with beef songs for months but hasn’t gotten a single response is trolling him and D-Black following the fake UN-Kofi Annan award saga.

In his Twitter rants today, he described D-Black as ‘big man with a big neck and head’ and said Sarkodie will do anything award because he has an ‘empty hole’.

“But D black too I shock give am ooo big man with a big neck & head you slack make this guy do you 419 ? Sark en own de3 I never shock Kabutey will do anything for award he has an empty hole he needs validation to file it up,” he tweeted.

He also accused Sarkodie of paying for awards.

“Ah I hear say some scamming and things come inside.Abi I tell you people say Kabutey he can’t think far Opana like pay for awards too much,” he tweeted.

While tweeting these, he attached links to his latest music video for his single “Magician” with hopes that people will click and watch but still has less than 5,000 views after nearly a month of release.

The organisers claimed the award was created under the auspices of Kofi Annan Peace Keeping Centre and the United Nations.

Most of them celebrated this success on their social media with long, shady captions.

However, investigations by social media users and a few journalists confirmed that the award scheme – founded by one Dr Kwame Fordjour – had no credibility and the founder had no link with the United Nations nor Kofi Annan.

Kwame Fordjour responded to the allegations, saying he has received threats and that people ‘calling us fake when you don’t know the rules is not the best.’

“I am surprised because this is an open thing that we just held. If anybody has a problem with me or our institution, they should have contacted us for clarification.”

“You calling us fake when you don’t know the rules is not the best. People are threatening me and I never wanted to speak out but have to.”

“I have been an advocate for development, excellence and honouring others and attached ourselves to global icons and leadership to bring this award up,” he stated.