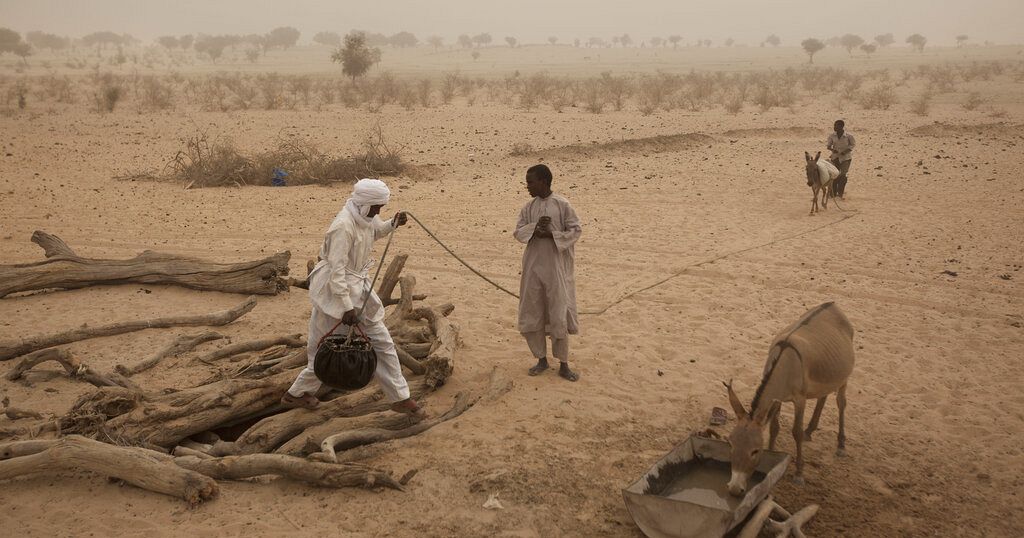 The United Nations and NGOs said Tuesday that a record 29 million people need humanitarian assistance in the Sahel, noting “unparallelled” insecurity and hunger across six countries in the war-torn African region.

In Burkina Faso, northern Cameroon, Chad, Mali, Niger and north-eastern Nigeria, five million more people than last year are in need of aid, according to a statement.

Much of the semi-arid Sahel — a vast region that stretches along the southern rim of the Sahara from the Atlantic to the Red Sea — has been plagued by violence for years.

Islamist militants launched a brutal insurgency in northern Mali in 2012, for example, overtaking a rebellion by ethnic Tuareg separatists.

France intervened to beat back the jihadists, but they scattered and regrouped, taking their campaign into central Mali in 2015 and then into neighbouring Niger and Burkina Faso.

Chad and the Sahel regions in the north of Cameroon and Nigeria are also gripped by conflicts with Islamist fighters.

A record 29 million people across the region need humanitarian assistance, the UN said in a statement, which was also signed by NGOs Norwegian Refugee Council and Plan International.

Some 5.3 million people have been displaced by Sahel-wide insecurity, it added, noting that thousands of schools had closed and 1.6 million children are projected to suffer from severe acute malnutrition.

“We’ve seen hunger jump by almost a third in West Africa — to the highest levels in the best part of a decade,” the statement quoted Chris Nikoi, a regional director of UN’s World Food Programme, as saying.

He added that soaring food prices linked to the violence is driving hunger and malnutrition.

“Behind the numbers and data, there are stories of human suffering,” the statement quoted Julie Belanger, a regional director the UN Office for the Coordination of Humanitarian Affairs, as saying.

“Without sufficient resources, the crisis will further escalate, eroding communities’ resilience and putting millions more children, women and men at risk,” she added.