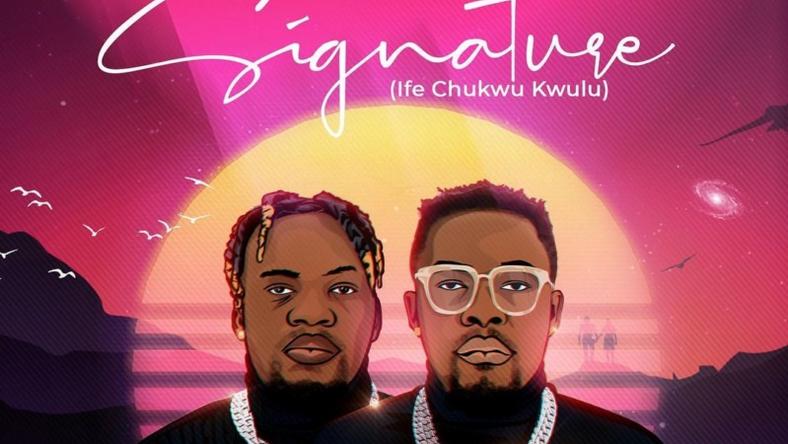 Before now, they were popular in the South-East and there, their talent to craft music with their unique voice type tore through hearts and garnered acclaim. They could conjure the most ludicrous vocal exercises to the most amazing Highlife records. Earlier this year, they featured on ‘Owo Ni Koko,’ opposite Larry Gaaga.

While the song was delivered in Igbo, it had a Yoruba title – a very tactical decision. It suggested an interest to break into the Lagos market. The song had a lot of traction, and they followed it up with ‘Doubting Thomas’ by Larry Gaaga, also featuring Davido.

Some weeks later, they released their fourth album, Signature [Ife Chukwu Kwulu]. It is a socio-political commentary about Nigerian themes on Highlife, Igbo folk and Enugu Ogene. The sound is characterized by infectious melodies and addictive guitar chords. Shout-out to Fiokee.

Themes discussed are Nigerian police, the world of Nigerian heterosexual relationships, interpersonal relationships, God and more. At the centre of it all is the role and power of money. They don’t really say anything profound or anything you didn’t already know. It’s about how they say and deliver it.

In essence, ‘Signature’ is an expression of the right way to live and Umu Obiligbo are idealists who canvass throughout the album. They implore, they cajole, they criticize and they celebrate.

Whenever you click play on this album, picture yourself in a beer parlour or an open-air bar, eating isi ewu and drinking Hero Beer. If not, you will be short-changing yourself. Don’t say Pulse Nigeria never did anything for you.

The opening track, ‘Chisom’ feels like a conversation with a son. It discusses the place and power of God’s grace with humanity.

‘Know Your Friend’ discusses friendships. The hook goes, “Know your friend, show me your friend and I will tell you who you are…” The crux of the conversation is, “Be careful who you call a friend…” That song might feel like it only addresses friendship, it doesn’t. It’s an examination of the role of humanity and its flaws.

This then continues on ‘They Must Talk,’ which addresses the tendency for human beings to talk about everything; good or bad. Umu Obiligbo doesn’t want to be distracted, they just want to live life and they implore you to do the same.

Ogene births the anti-police brutality anthem, ‘Oga Police.’ It features the elusive and talented Zoro. The story follows an encounter with Police in Lagos. Zoro also buttresses with a perspective of what it means to be a young Benz owner in Nigeria.

Then comes the solemn prayer for wealth and against poverty ‘On God’ featuring Victor AD. The dream is to drive a “[Benz] 450.” Umu Obiligbo doesn’t just ask things of God, with the help of Bube, they extol the power of God and his dominion on, ‘Aka Chineke.’

Arguably, ‘On God’ is the best song on this album. It was released as a single on October 9, 2020. Those guitars are so amazing. The way they deliver the post-chorus, “Hallelujah” is just so soothing. The prayer is not just for money, Umu Obiligbo also respects the role of money.

On ‘Respect,’ they sing that, “If you never get money, respect those wey get money…” The album closes out to ‘Amara,’ a solemn offering to the everlasting God. They then give shout-outs to Larry Gaaga and Funny Bone.