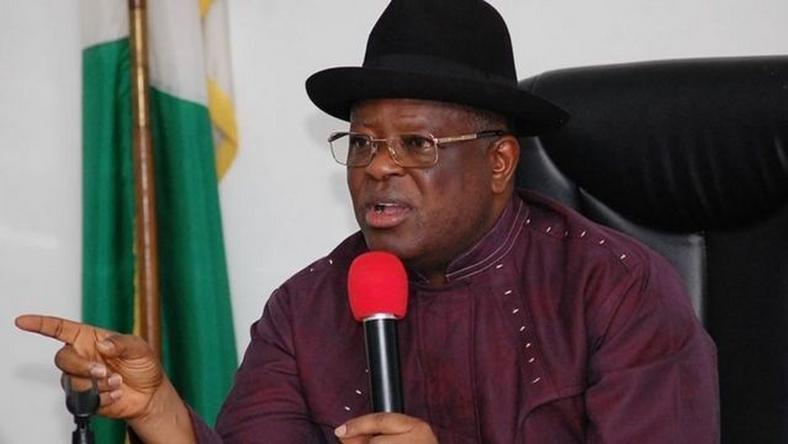 Umahi gave the assurance on Friday in Abakaliki in a broadcast to the people after a security meeting with heads of security agencies in the state.

According to the governor, PDP will exist peacefully in the state provided its faithful desist from acts that jeopardise the prevailing peace and harmonious existence in the state.

“I have reported allegation of some Ebonyi people engaging cultists and the Indigenous Peoples of Biafra (IPOB) members to start killings and crisis in the state.

“This is in the name of fighting the governor and the state government,” he said.

He alleged that some top former and serving officials of government were fomenting the trouble.

“I decide to share this information with security agencies because every governor in the state has been fought by these same people.

Umahi said that the situation made him to reach out to security agencies to assure the concerned individuals and the PDP that no one would harass them in the state.

“A stitch in time saves nine; we are bringing this information to the public so that if it is true and starts happening, it will be known that I shared it with security agencies and the public.

“I also tasked security agencies to implement policies on vehicle-tinted glasses, use of siren and police escorts.

“Many people who use escorts are not entitled to them and these sets of people show power when they get to the communities with their security escorts shooting into the air.

“We do not want this to continue and the security agencies should dispossess them of such security details used to harass innocent citizens,” he said.