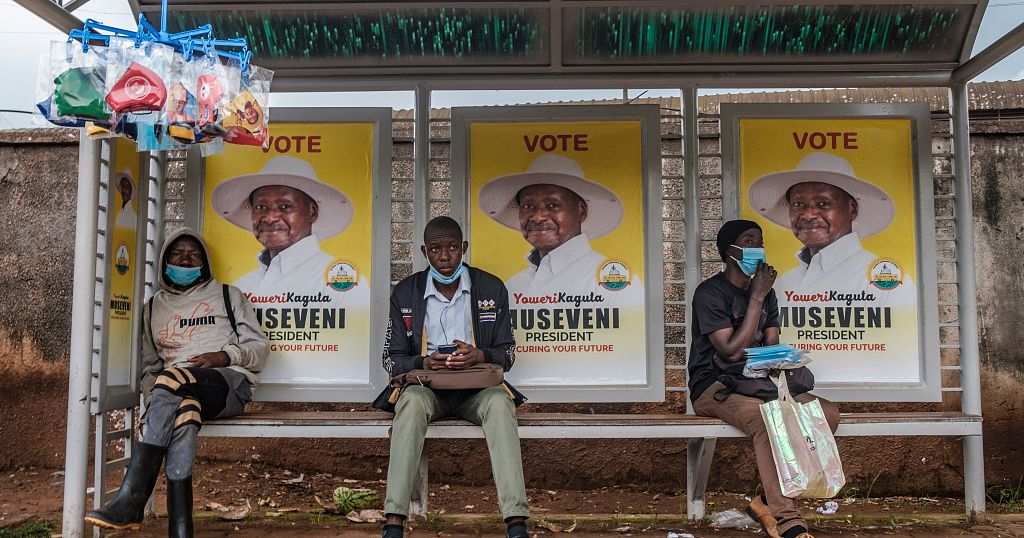 Uganda’s Inspector General of Police warned civilians on Friday not to hang around polling stations after casting their ballots in next week’s presidential vote or they would “regret why they were born”.

“We are trying to protect your lives… we shall beat you for your own sake!” said police chief Martin Ochola at a joint security briefing.

The warnings come as the country faces a tense election on January 14, which has seen opposition candidates arrested, rallies banned and protested killed in clashes.

“We shall use reasonable force to ensure that you don’t go where there is a risk,” Ochola laughed as he made the comments which can be seen in a video posted by the Daily Monitor.

Ochola also warned: “I would like to assure the whole country that whoever causes trouble will regret why his or her mother gave birth to him or her.”

The comments come as the opposition has called on voters to stay after casting their vote and overlook ballot counting as they fear election fraud.

Ochola said: “This is against the EC (Electoral Commission) guidelines and there is no evidence of voter fraud,”

Journalists have also been the target of attacks by authorities, especially those covering opposition candidates and anti-government protests.

They have been arrested, beaten or had their equipment confiscated or destroyed by the Police.

But Ochola justified the violence in saying “We’ve been beating journalists to restrain them from going where there’s danger.”

“Police at times beat journalists to help them…for their own safety,” he said, adding he would not apologise for police actions.

At the same meeting, the minister of defence and veteran affairs, Adolf Mwesigye said: “Nothing happened to the families of those who stood in the past elections. It has never been the NRM policy to harm opponents,”

His comments reference presidential candidate Bobi Wine’s decision to fly his children out of Uganda during the election.

Meanwhile, the police commissioner of prisons said “we can accommodate whatever number of people are or will be thrown at us.”

The election pits candidates against President Museveni, who jas been in power for 35 years and shows no signs of letting up.

Presidential hopefuls have been jailed, blocked from campaigning and subject to threats and intimidation.

“That’s an environment that does not facilitate a free and fair election,” Oryem Nyeko, a researcher with Human Rights Watch in Uganda told Africanews.