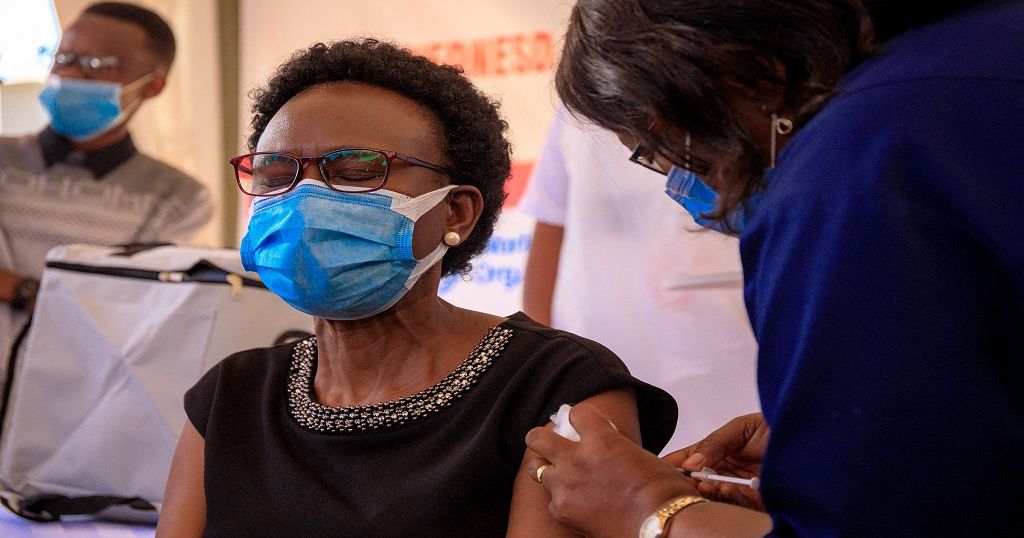 Uganda recorded the highest number of Covid-19 cases in a single day on Thursday since the pandemic began.

The health ministry revealed that 1,438 out of 8,476 people tested positive from the virus, signaling a 17% positivity rate.

Data from the Ministry of Health further indicated that the country recorded 14 deaths on Tuesday, its highest number in a single, bringing the total number to 402.

Ministry of Health data shows the country had by Friday morning cumulatively recorded 56,949 Covid-19 cases with at least 784 patients admitted to hospitals across the country.

A CNN report indicates that Covid cases were up 137% this week forcing the state to impose a partial curfew.

Last week, The UAE banned flight from a few African countries including Uganda after recording cases of the Indian virus.

Uganda is struggling with the entrance of other variants like the South African, Indian, and British mutants.

The East Africa nation imposed Covid restrictions that include a ban on inter-regional travels, curfew between 21:00 to 05:30 and closure of learning institution.

The Ministry of Health announced early this week the end of the vaccination process citing the lack of enough jabs.

The Ministry of Health recently announced that all intensive care and high-dependency beds in the country were already occupied.

As in many countries on the African continent, vaccination against Covid-19 is progressing very slowly: barely 750,000 people have received one dose (35,000 have received two doses) in a country of some 45 million people.

Gbagbo’s return: What are the stakes?