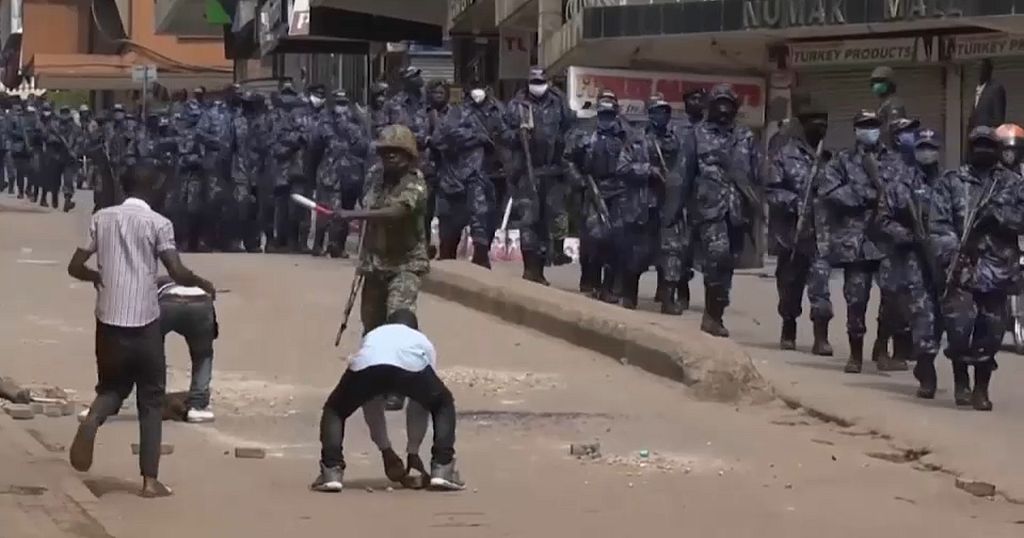 The death toll from Wednesday’s protests against the arrest of Ugandan presidential candidate Bobi Wine, has risen to seven, police say.

More than 40 people had also been injured in the protests.

Wine whose real is Robert Kyagulanyi was arrested in eastern Uganda Wednesday morning for allegedly contravening electoral guidelines which require candidates not to have more than 200 supporters at a rally so as to curb the spread of COVID-19 according to Police.

Protests soon broke out across the country after news of the arrest spread.

A Uganda Red Cross statement said 11 people with gunshot wounds had been assisted by their frontline workers while graphic videos and images of the wounded flooded Uganda social media space.

Opposition presidential candidates in the country have meanwhile suspended their campaigns.

Henry Tumukunde and Mugisha Muntu, both Retired army generals called on the police to stop violence against opposition candidates some of whom aside Wine have been targeted and arrested.

Bobi Wine, 38, and a pop star-turned-politician, is seen by many as the new face of Uganda’s opposition. But he faces an uphill task in his country’s politics particularly since expressing his intention to bring to an end the long running rule of 76 year old President Yoweri Museveni.

News of his arrest by now must have greeted pages of newspapers and TV screens countless times.

This time, his lawyers say he has yet to be charged.