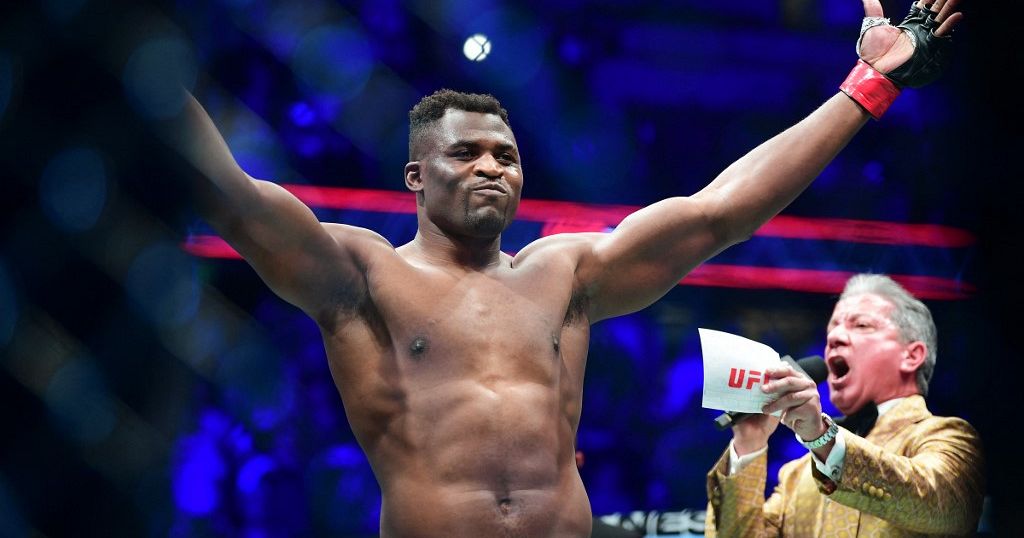 The Cameroonian beat Frenchman Cyril Gane on January 22 in California to defend his world title in the prestigious mixed martial arts league.

But his story started far away, with incredible odds. Ngannou forever dreamt of boxing while growing up in poverty in Cameroon.

In 2012, he attempted to cross the Mediterranean seven times, spending two months in a prison in Spain before reaching Paris with nothing.

Ten years later, he lives in a villa in Los Angeles and earns almost 500,000 euros per fight.

His native village of Batié, in western Cameroon, lives in awe of his extraordinary career.

According to Rodrigue Ngannou, his uncle, he draws strength from his ancestral land, where he often returns.

“This is where Francis Nganonou drank water to be stronger like you see here, to grow 1.95m tall. It’s because he drank water from this spring that he is 1.95m tall and stronger, as you see “ he said.

Like many young people in Cameroon, he worked to pay for school, collecting and loading sand into trucks.

Ngannou built a training centre in his village in 2019. More than that, it gives them a chance to believe in themselves.

Batié eagerly waits for another visit from their idol. Last May, after he first won the title, more than 2,000 came to welcome him home.