According to her, if such a relationship exists, then they must be having sex or the man is 100% gay. 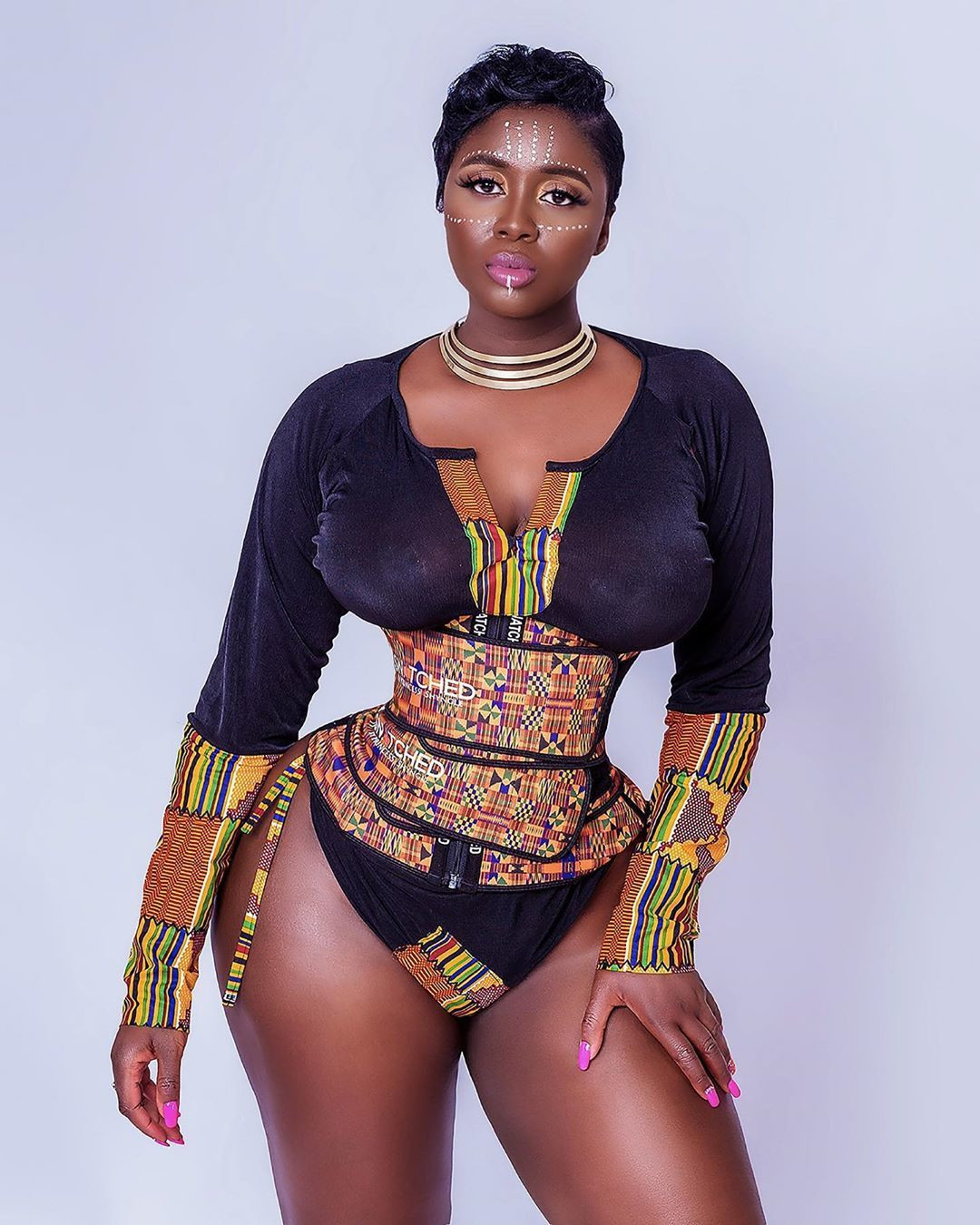 While reacting to the post, Elendu gave her experience with a former male best friend. According to the movie star, she lost her best friend to his jealous girlfriend who told horrible lies about her.

She went on to call the former best friend a ‘woman wrapper.’ 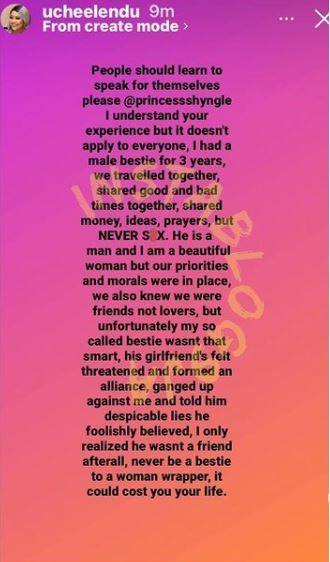 It didn’t take long before Johnson released a 2 minutes video where he warned Elendu. He claimed to be Elendu’s former best friend and threatened to expose her dirty past.

In a swift response, Elendu made a U-turn denying that her former best friend wasn’t a man. 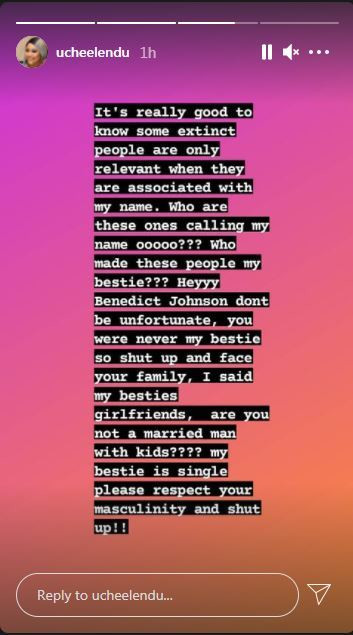 “Hey, Benedict Johnson, don’t be unfortunate. You were never my bestie so shut up and face your family. I said my besties girlfriends,” part of her response read.