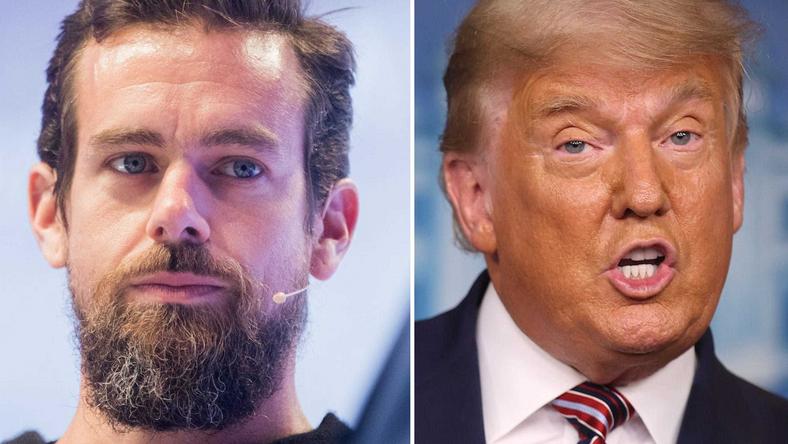 Announcing this in a blog post, the company said it took the decision “due to the risk of further incitement of violence’’.

“After a close review of recent tweets from the @realDonaldTrump account and the context around them, we have permanently suspended the account due to the risk of further incitement of violence.

“In the context of horrific events this week, we made it clear on Wednesday that additional violations of the Twitter Rules would potentially result in this very course of action.

“Our public interest framework exists to enable the public to hear from elected officials and world leaders directly.

“It is built on a principle that the people have a right to hold power to account in the open.

“However, we made it clear going back years that these accounts are not above our rules entirely and cannot use Twitter to incite violence among other things.

“We will continue to be transparent around our policies and their enforcement,’’ Twitter said.

The company cited two tweets by the president earlier on Friday that formed the basis of its decision.

In the first post, the president said: “The 75,000,000 great American Patriots, who voted for me, America First and Make America Great Again, will have a Giant Voice long into the future.

“They will not be disrespected or treated unfairly in any way, shape or form!!!’’

Shortly thereafter Trump tweeted again: “To all of those who have asked, I will not be going to the inauguration on January 20th’’.

Citing Wednesday’s attack by Trump supporters on the Capitol Hill, the company said the two tweets must be read in the context in which his comments could be used to incite violence.

“President Trump’s statement that he will not be attending the inauguration is being received by a number of his supporters as further confirmation that the election was not legitimate.

“It is seen as him disavowing his previous claim made via two tweets (1, 2) by his Deputy Chief of Staff, Dan Scavino, that there would be an “orderly transition” on Jan. 20.

“The second tweet may also serve as an encouragement to those potentially considering violent acts that the inauguration would be a ‘safe’ target, as he will not be attending,’’ it added.