“I have a message for Nana Addo and the NPP, listen very clearly. I haven’t heard from Jonas all day. I called his phone he hasn’t answered, I went to his house he is not there. I have been getting messages from people saying he has been arrested, I don’t know what is going on,” Say Da Don said.

In a video seen by pulse.com.gh, he continued that ” I don’t know what is going on, it’s very strange. I need you guys to tell me if you have Jonas or not. You have two days to let me know if Jonas is arrested or not else I am coming to Ghana myself, don’t play no f*ckin games“. Listen to him in the video below.

According to Hopeson Adorye, who was in the U.S as part of the Nana Addo’s delegation to the 76th Session of the United Nations General Assembly, he has visited the home of Jonas in New York and can confirm that he has been sacked from his job.

“Where is Twene Jonas, after coming here, I have visited his workplace, not knowing he has been sacked,” Hopeson Adorye said in a Facebook video posted a few days ago. He then asked “Twene Jonas or will come on air to come and challenge me?”

“I have been to Queens, not knowing you live with a pastor who has used plywood to partition his hall to create a small cubicle for you to be sleeping inside, yet, you have been bragging on social media like this” he added. 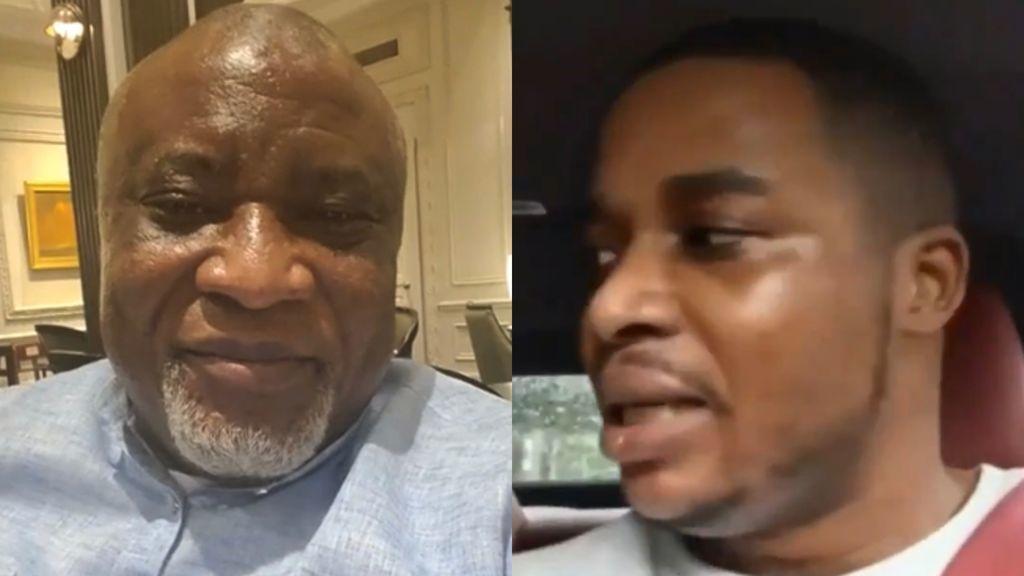 According to Hopeson Adorye, who is the convener of Fixing The Country Movement that counters Fix The Country protestors, Twene Jonas lost his car park job because he has been using someone’s document to work.

He claims that for about about 5 days now, Jonas can not go home because the police are monitoring him to arrest him for possible deportation. Watch the video below to hear more from him.