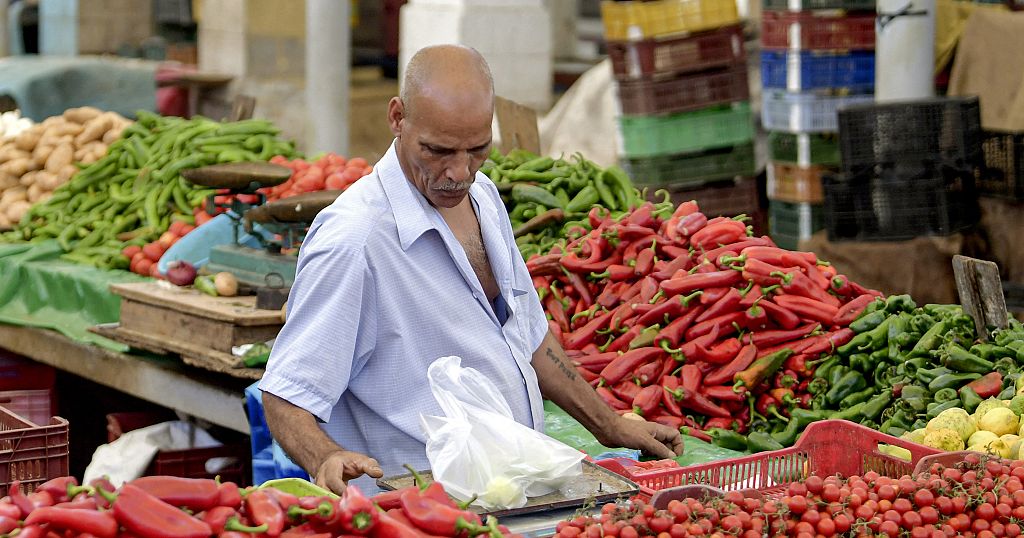 Many stands are half empty in the district of Bab el-Fella in Tunis, with Tunisians being more and more badly hit by an economic crisis, which is seemingly unending and fueling popular resentment against the political class.

Mahran Mezlini, vegetable vendor says; “This market is for the poor, today you can not buy a kilo of fruit. The kilo of peaches is roughly 76 cents, the kilo of figs is 1.2 euros. We can’t afford it anymore. You look at the fruit and you leave, you do not buy. Meat is the same. You look but you can’t buy.”

Widespread concern in Tunisia and abroad has been voiced since the series of decisions by President Kais Saied to halt political life and most government action with the sudden firing of the prime minister, the defence and justice ministers and the freezing of parliament.

The president’s actions, ostensibly “to save Tunisia”, followed a day of street protests against the government’s poor handling of the Covid pandemic, which has claimed one of the world’s highest official per-capita death tolls in Tunisia.

The president also said he would pick a new prime minister, lifted the parliamentary immunity of lawmakers, and warned armed opposition would be met with a “rain of bullets”. He later fired the defence and justice ministers.

Tunisia, which ignited the Arab Spring in 2011 when protests led to the overthrow of its longtime autocratic leader, is often regarded as the only success story of those uprisings.

But democracy didn’t bring prosperity. Tunisia’s economy was already flailing before the pandemic hit, with 18 per cent unemployment … and young people demanding jobs and an end to police brutality protested in large numbers earlier this year.