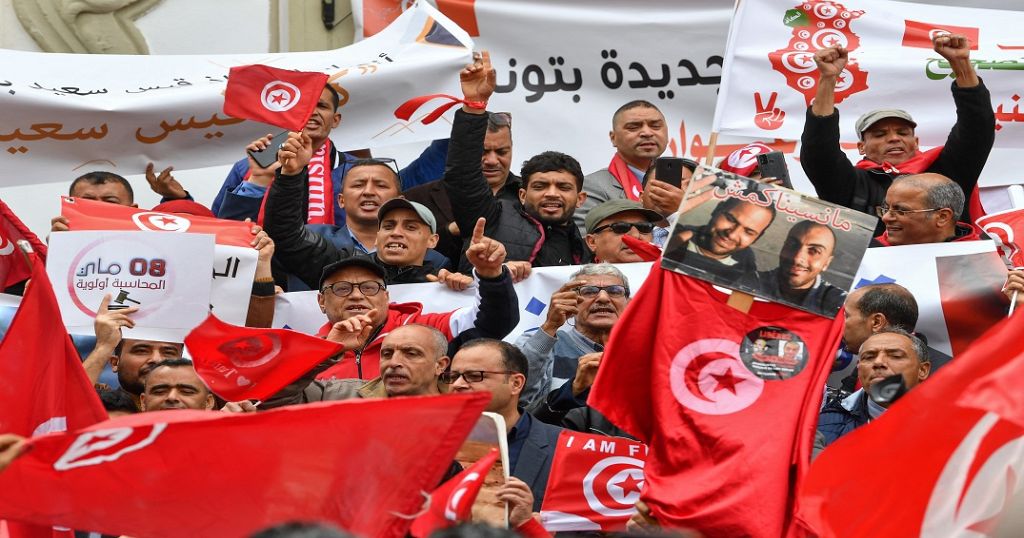 Hundreds of Tunisians demonstrated in the centre of the capital on Sunday in support of President Kais Saied.

The demonstrators unfurled banners with words of support and chanted slogans calling for an end to what they described as “corrupt politicians”.

Opponents denounce the measures as an authoritarian drift.

Lotfi Hamdi is a French-Tunisian university professor who supports the president.

“Until today we have not seen much. No great political line but we hope that he (Kais Saied, ed.) will lead Tunisia and bring it back to good governance. But good governance means judging the thugs, the thieves, the traffickers, those who have starved the Tunisian people, those who have plundered the wealth of Tunisia” he said.

“We want all those who betrayed Tunisia to be prosecuted. Whether it is in the eyes of the law or before God, we do not want this to happen in a spirit of revenge or exclusion. We want them to be prosecuted to the extent of the offences they have committed. Finally, this must be done within the framework of an independent justice, with independent, fair and patriotic judges”.

Kais Saied took full power in 2021 and is the target of growing criticism from his opponents who accuse him of authoritarianism.

In April several opposition parties announced the creation of a “National Salvation Front” whose aim is to unite all political parties.

After months of political stalemate, Kais Saied, who was elected at the end of 2019, assumed full powers on 25 July by dismissing the Prime Minister and suspending parliament before dissolving it last March.