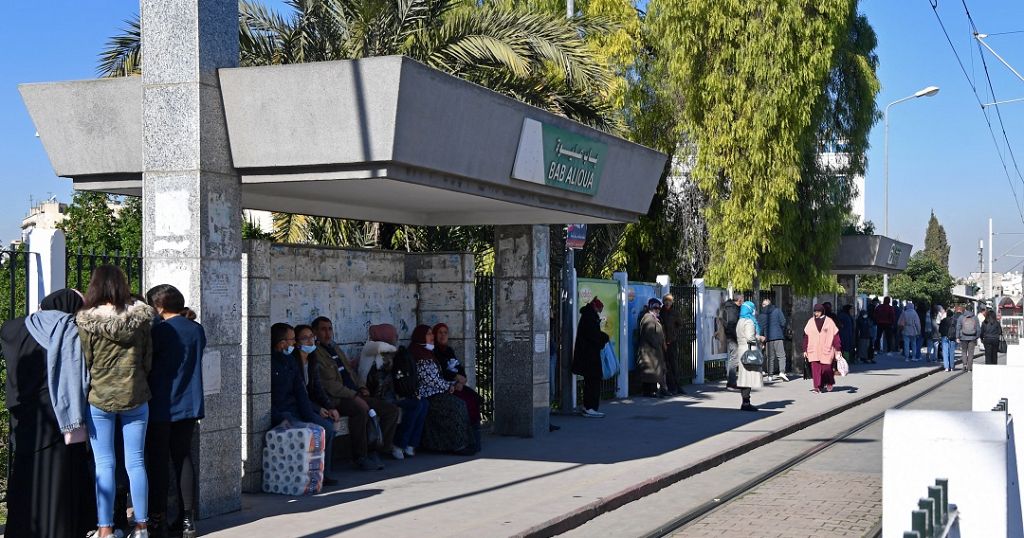 On Sunday, the Bab Alioua station in the centre of Tunis was the stage of a knife attack. The Tunisian interior ministry said on Monday the police arrested a suspect with apparent mental health issues.

Tunisians waited apprehensively for trams at the Bab Alioua station in the centre of Tunis, on Monday. One day after a knife attack, police were still posted outide the station.The interior ministry said the police have arrested a man with apparent mental health issues after he stabbed and wounded three passengers on a tram in the capital.

Police sent to Bab Alioua tram station near central Tunis had found “passengers in panic shoving each other to get out”. Officers eventually overpowered and arrested the unidentified suspect. A ministry official said the man had been living in Italy before moving to Tunisia in 2020 and “suffers from psychological problems according to his family”

According to the World Health Organization, Tunisia counts about one hundred twenty thousand people suffering from schizophrenia among its 12 million population. However, only one percent of them receive hospital treatment.