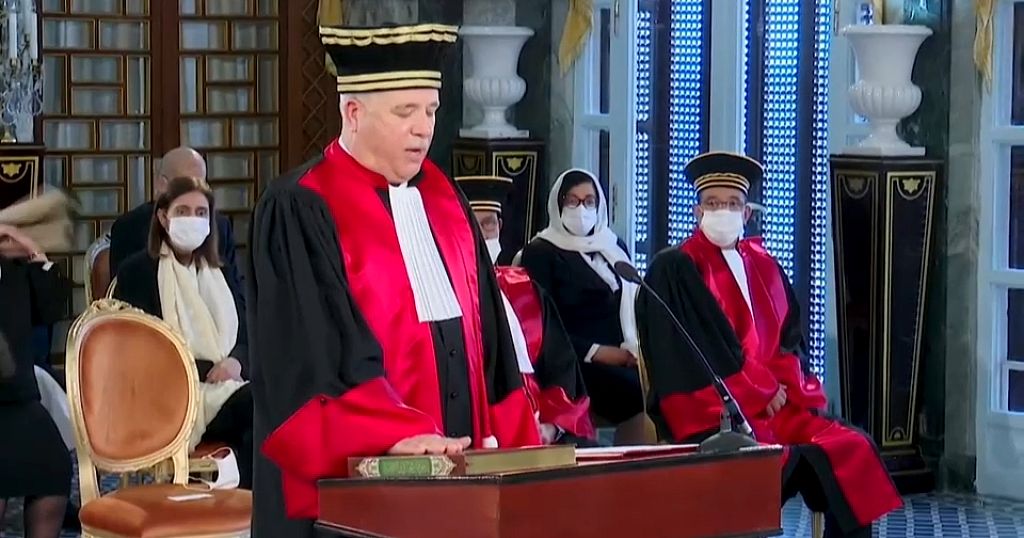 On Monday, members of the new Tunisian “Temporary Supreme Judicial Council” were sworn in.The ceremony took place at the presidential palace in Tunis.

Tunisia’s President Kais Saied inaugurated a “temporary” council of judges on Monday, which replaces an independent watchdog that he abolished in early February.

9 of the 21 members of the new judiciary watchdog were directly appointed by the head of state in replacement of magistrates of the High Judicial Council sacked last month. While the others serve by virtue of their existing positions — from which the president now has the power to sack them.

Saied had for a long time accused judges of the former council of corruption and of blocking inquiries.

A two-thirds majority of the magistrates who made up this council were nominated by the Parliament. A process dominated at the time by the Ennahdha, the Islamist-inspired party. This majority had kept alive suspicions that it was corrupt. During what Saied called “historic moment”, he

“Today, together, we wage a relentless war against the corrupt, those who wanted to infiltrate the courts, against those who want the State to collapse and people to starve.”

The move comes nearly 4 weeks after the president issued a decree establishing the new body. It had prompted demonstrations in various parts of the country.

Rights groups critisized what they called a “political purge of the judiciary” when some Tunisians were pleased. On the international scene, UN High Commissioner for Human Rights Michelle Bachelet had urged the President to restore the High Judicial Council.