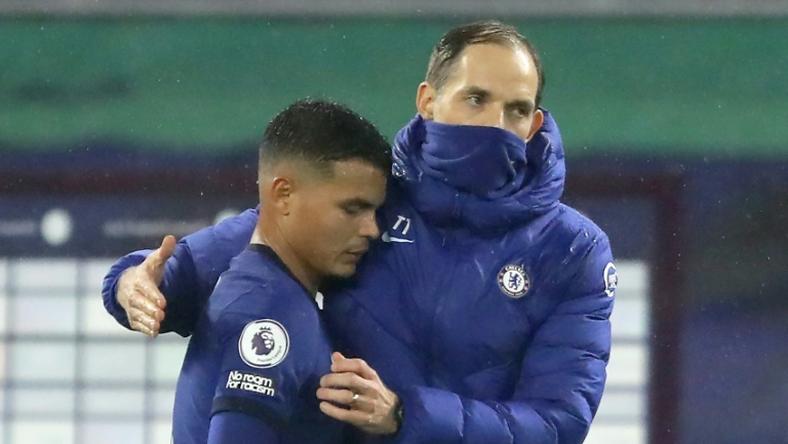 Tuchel has taken over from the sacked Frank Lampard with Chelsea languishing in mid-table after a wretched run.

The former Paris Saint Germain boss was unable to inspire his new team in his Stamford Bridge debut.

And Tuchel conceded after the game that Chelsea have no chance of winning the title and will have to battle hard to qualify for next season’s Champions League.

Chelsea, five points behind fourth placed West Ham, have won just two of their last nine league matches and Tuchel said: “The title, ooh, that’s far away, we have to be realistic at the same time.

“When you sign for Chelsea as manager it’s absolutely right you sign for the expectation to fight for titles, Premier Leagues, Champions Leagues and cups.

“It’s absolutely clear, but at the same time we have to be realistic that there are a lot of teams and points between us and fourth.

“So maybe it’s the best time now to step up in the middle of the season, and we can’t lose focus in looking too far ahead.

“We must stay now and work on a daily basis on details and progression in our game, and points will follow.

“I’m absolutely sure we have the capacity to hurt everybody in every league and competition, and it’s my job to bring evidence of that as fast as possible.”

England winger Callum Hudson-Odoi featured at wing-back for the first time in his fledgling career, as Tuchel kicked off his Chelsea tenure by deploying a 3-4-2-1 formation.

While Chelsea created a hatful of half-chances overall, the first-half proved a stodgy affair with the hosts dominating possession but lacking incision and impetus.

Those were similar problems that dogged Lampard in his 18-month reign.

But Tuchel, who led PSG to two French titles and last season’s Champions League final, is convinced there is enough quality in Chelsea’s squad to get back on track.

“From now on I don’t see too many weaknesses: I will focus on our strengths, the mix is amazing of the team between experienced players, big personalities and young, hungry talent,” he said.

“I’m used to creating the special energy and atmosphere you need to create the possibility to win every three days in a league like this.

“And I believe we can do this on a daily basis. What I saw yesterday (in training) was very open stuff, very helpful stuff.

“We will build a team that nobody wants to play against. And that’s the challenge for me to do that as quickly as possible.”